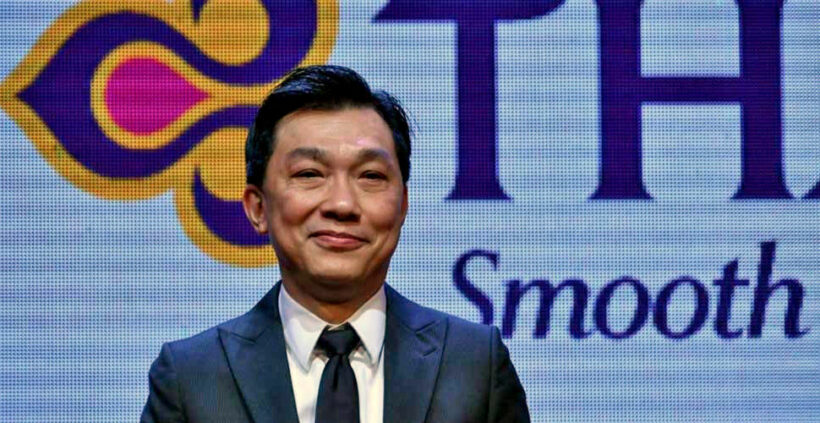 Two of Thailand’s most prominent aviation bosses have thrown in the towel, citing the Thai government’s bungling of the Covid-19 coronavirus situation. Both resignations happened yesterday.

The president of Thai Airways, Sumeth Damrongchaitham, resigned yesterday afternoon. That corporate bombshell was closely followed by the resignation of the director of Suvarnabhumi International Airport, Sutheerawat Suwannawat. At this stage the Thai government has not responded to the high profile resignations.

Both Thai Airways and Suvarnabhumi have been on the frontline of managing the government’s botched implementation of travel restrictions, punctuated with changes of mind and reversals of policy announcements relating to travel restrictions and quarantine requirements. The situation has caused a messy blancmange of ministerial announcements, contradictions, non-clarifying clarifications and confusion for domestic and international travellers.

The Thai Airway’s president, sorry… the FORMER Thai Airways president, didn’t clarify why he resigned, but Thai media report sources within the airline as saying that he was disappointed by “a lack of assistance from the Thai Ministry of Transport in containing the virus”.

Sumeth’s mid-afternoon resignation was confirmed in a formal letter from the national airline to the Thai Stock Exchange. He has overseen a tumultuous time for the national carrier – last year registering losses of 12 billion baht.

“Sutheerawat made the decision to take personal responsibility over the escape of 80 workers from South Korea from a health checkpoint at the airport last week. Nearly all of the workers have since turned themselves in.”

But Khaosod are reporting that Sutheerawat was “disheartened by refusal from other agencies, from the military and immigration to Ministry of Health, to cooperate with the airport in screening passengers for the virus.”

“There was no coordination as agreed in meetings.”

According to the source, there’s also shortage of face masks for staff at Suvarnabhumi Airport tasked with screening passengers who might have the coronavirus.