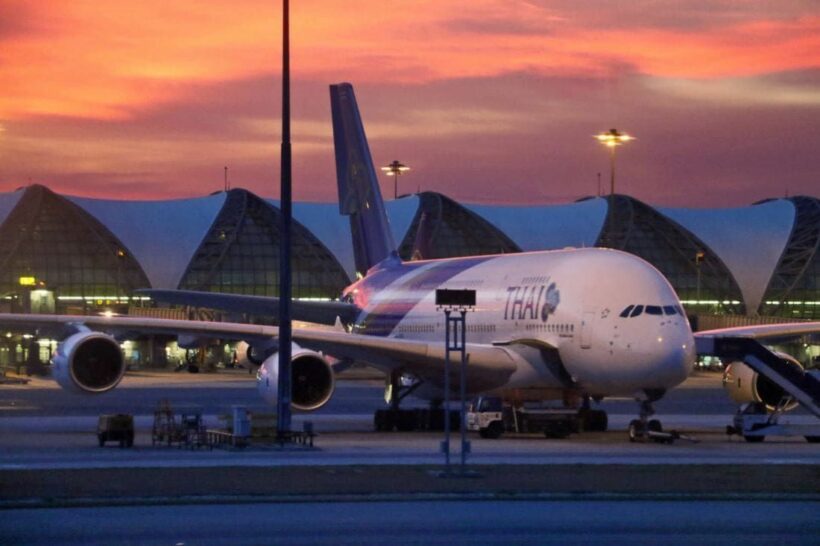 Thai Airways International and its affiliates incurred a net loss of 12.017 billion baht last year, that’s 448 million baht more than the year before. The airline has been accumulating losses year on year for over a decade.

Speaking about the losses at the announcement yesterday, the vice president of finance and accounting Nattaphong Smit-Ampaisal says that the airline was affected by several negative factors, including a slowdown in global economic expansion, the US-China trade war, natural disasters, the strength of the baht, and price wars with other airlines.

Nattaphong attributed the drop in expenditure to fuel costs dropping by 9%.

“Furthermore, the company and its affiliates had to set aside 2.689 billion baht as a reserve fund for employees who wished to retire early.”

This refers to the State Enterprise Labour Committee’s announcement that requires state enterprises to pay early retirement packages equal to 400 days of wages to employees who had been working more than 20 years, from the previous requirement of 300 days. The regulation came into effect at the start of July, 2019.

The airline announced a reduction in salaries and other perks of between 15 – 25% for executives from the president down, to trim costs following the impact from the novel coronavirus outbreak. The announcement was made last week.

“The national flag carrier has felt the pinch of the outbreak, which has resulted in a decline in passenger numbers. It has also reduced its flights on many routes, including those to China and Japan. This situation has prompted the carrier to cut costs.”