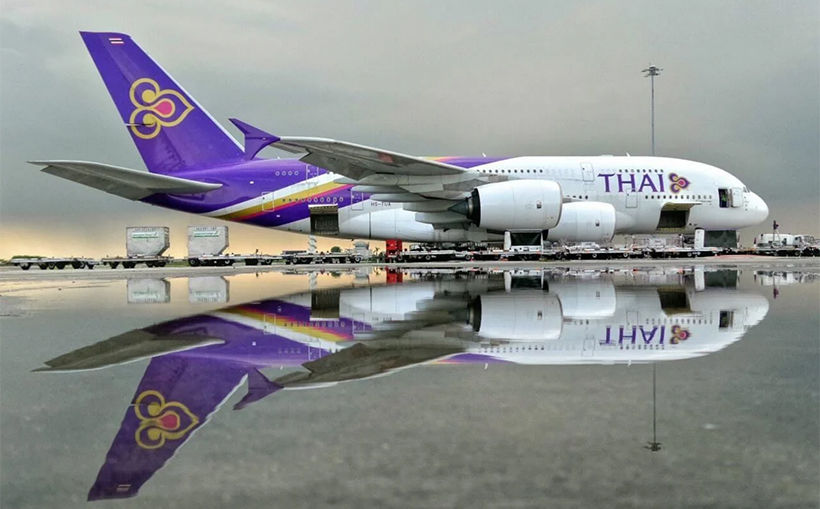 Contrary to earlier reports, Thai Airways may not need to seek bankruptcy protection in the United States to avoid seizure of its planes and other assets. A senior official made the announcement after a meeting led by Deputy PM Wissanu Krea-ngam with the struggling carrier’s senior management and the airline’s board.

The meeting was to discuss the airline’s rehabilitation plan after the Central Bankruptcy Court accepted its bankruptcy case last month. The director general of the State Enterprise Policy Office says the airline will send copies of the rehabilitation petition to its creditors, passengers who seek refunds on their tickets and members of the Royal Orchid Plus frequent flyer program.

In 2019, the company’s total debts were worth 147.4 billion baht, with the biggest chunk, 74.1 billion, owed to investors, followed by 46.5 billion owed for the leasing of planes and euro-denominated loans worth about 11.9 billion.

If creditors allow the rehab process to go ahead via Thai courts, then the company won’t need to seek bankruptcy protection in the US, according to a spokesperson. According to its legal adviser, the airline doesn’t have any assets in the US and is not scheduling any flights there. So there’s no risk of its aircraft being seized by creditors there.

However, the legal adviser says, it may need to file legal cases in other countries where it does have assets and operates flights, to protect its planes from being confiscated by creditors. Airplanes operated by Thai Airways are divided into 2 groups: those owned by the airline and those leased from other companies.

The owners of the leased planes may exercise their right to seize their aircraft if they don’t  agree with the rehab plan. Other creditors cannot take the planes unless they file and win a lawsuit.

“Our priority is to convince foreign creditors that they should accept the airline’s rehabilitation under Thailand’s Bankruptcy Court.”