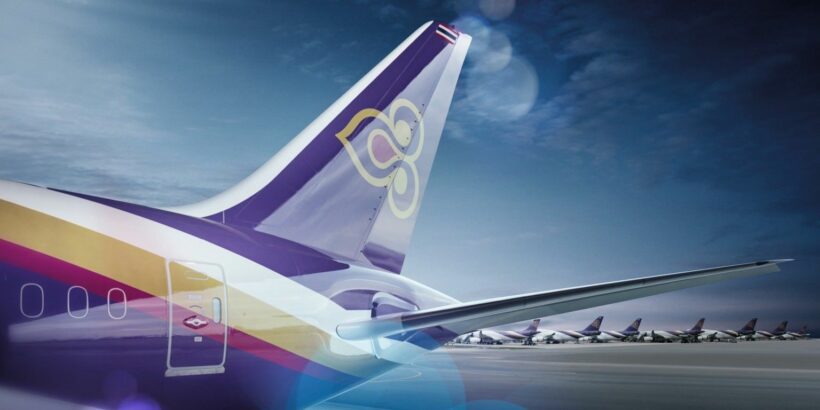 Four new board members for Thai Airways are the face of hope for the national airline as it addresses massive losses and restructuring. The airline’s business is now being addressed under the country’s Bankruptcy Act.

The four board members were hand-picked by Thai PM Prayut Chan-o-cha, who said he needed “trustworthy people” to help guide the national airline to a more profitable future.

Last week the Thai cabinet approved a plan for the 60 year old airline to enter a court-sanctioned restructuring scheme under the country’s bankruptcy law. The plan for Thai Airways to borrow 54 billion baht to stay afloat in another government ‘bail out’ was met with widespread opposition, from government ministers, prominent businesspeople and social media. The airline has accumulated debts of 244 billion baht. The Covid-19 pandemic has also grounded most of its fleet, massively compounding the airlines’ already complex problems.

Also last week, the Stock Exchange of Thailand listed airline informed the SET that the Finance Ministry had sold 3.17% of its majority shareholding in the airline to the state-backed Vayupak Fund on May 22. This reduced the ministry’s stake from 51.03% to 47.86% control, stripping Thai Airways of its status as a state enterprise, providing more scope for the new board to restructure the airline and seek private financial assistance.

But the government technically retains a majority stake in the airline if the shares of the Finance Ministry, Vayupak Fund and Government Savings Bank are combined.

2 days ago the PM appointed a 9 member committee to handle the restructuring plan for the ailing airline, chaired by trusted sidekick Deputy PM Wissanu Krea-ngam. The other members are mostly state officials, including the permanent secretaries of the Finance, Transport and Justice ministries as well as the secretary-general of the Securities and Exchange Commission. The four additional board members will help draw up a restructuring plan for the airline.

But critics are warning of potential built-in pitfalls stemming from numerous conflicts of interest. There is no ‘aviation’ expertise and the “jobs for the boys” criticism will not go away with the new board. They all have impressive backgrounds as senior executives in the private and public sectors.

The airline was already swimming in debt when one of the new board members, Piyasvasti Amranand, became Thai Airways president in 2009. He cut costs at the time by slashing salaries and jobs and reducing unnecessary expenditure. At the same time he was the person responsible for locking the airline into a major aircraft acquisition and starting up the subsidiary Thai Smile – originally meant to be competition for regional low-cost carriers but eventually morphed into a domestic offshoot for Thai Airways leaving the parent company mostly with the international routes.

The other new board members are all politically connected with Prayut and have served in his cabinets or as political advisors. They have all had extensive public service experience heading up multiple Thai enterprises.