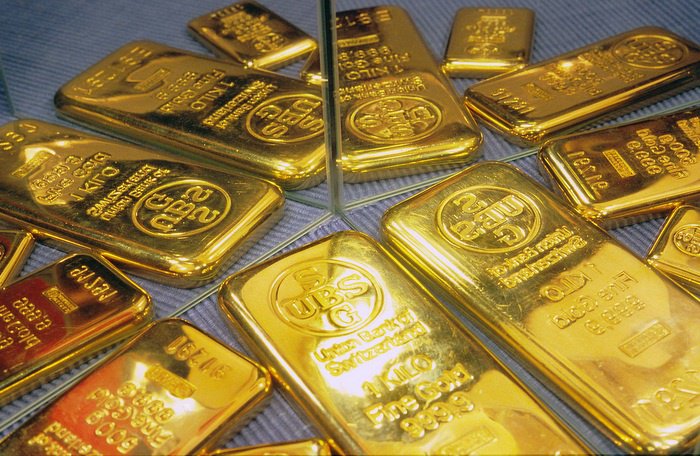 PHUKET: Gold is such a different asset class that it can really be very confusing thinking about it. As I write, gold is forming a classic technical trading pattern known as a symmetrical triangle, which makes it an interesting time to talk about it.

These consolidation patterns usually result in a big move one way or the other, but let me be clear that even a technical breakout to the upside wouldn’t necessarily mean this is a good time to invest. It could simply be a retracement before another big decline.

What has made gold potentially interesting again is that with the fall of the Chinese market and delay in US interest rates being raised by the Fed, there is a potential scenario that could be good for gold if things in the world economy take a turn for the worse. This is a big ‘if’ of course, and there is still plenty of downside risk for the precious metal.

As Warren Buffet likes to point out, gold is a useless shiny rock that produces no cash-flow and thus cannot be valued using traditional cash-flow analysis. Its value is derived from perception, which makes it a lot of fun to discuss, but not so much fun to predict.

However, a look back at past price action can give us a guide to the types of events that typically influence our perception of the metal and thus drives the demand, which in turn affects the price direction. Stock markets and the gold price have both crashed simultaneously before, so in terms of gold being a pure safe haven, you cannot be assured.

However, it has done very well before periods of inflation, which is most directly caused by money printing. If the world economy does head for the gutters, with interest rates so low, printing is pretty much the only tool left for major central banks.

The efficient markets theory states that current market expectations are generally built into the price of assets, and this is the only part of that theory that I tend to agree with. Market participants had been mainly expecting a gradual increase in interest rates, or a tightening of the money supply, which is generally not good for gold. However, this is based on the assumption that a recession is not imminent, but rather a continuation of the recovery. This is where things have the potential to get interesting for gold.

If the recent sell-off in China is an indicator of what’s in store for the global economy, there could be some printing coming that is not yet expected. Economic numbers can go from mediocre to bad to horrible very quickly and become a self-fulfilling prophesy as everyone throughout the supply chain begins to slow down their activity in anticipation of worse conditions and the wealth effect causes households to spend less. This would be the perfect storm that could lead to a shiny new day for gold.

Of course there are a lot of assumptions underlying this possibility, but if things begin to look worse, it might be a good idea to begin watching gold again and seeing how it reacts. If a major crash does come, easing into gold may not be a bad bet with a small portion of a portfolio. I surely wouldn’t be buying in now, but I will be watching it with increased interest if things get worse.