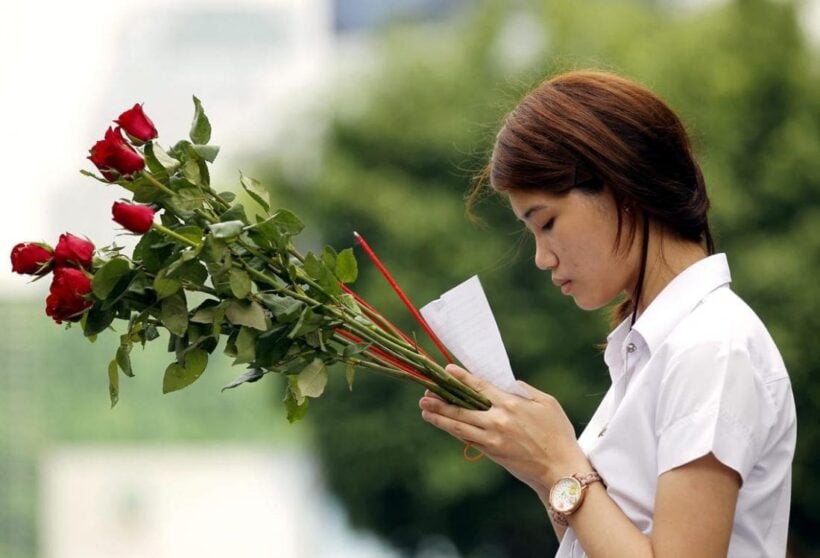 The price of roses has spiked to almost double from that of the past two years. The popular Valentine’s gift was retailing for up to 70 baht each, a substantial increase from last year’s 50 baht average around Bangkok.

In Bangkok, flower vendors at Pak Khlong Talad wholesale market hiked the prices for local roses to 30-150 baht depending on the grade, and for imported roses to 300-2,000 baht, with those from the Netherlands, Kenya and Japan carrying higher tags because of their large size and bright colour.

The price hike was due to higher costs demanded by suppliers as well as increased transport expenses, they said. Fewer people had showed up to shop for roses this year, possibly due to the economic slowdown, they said.

Having seen a 50 per cent drop in rose bouquet orders, Sasirpreeya Songsi, owner of Sasi Florist Shop in tambon Ban Tom, said suppliers were selling roses at nearly double the price of recent years for 300-350 per bunch.

Vendors at Phayao Arcade Market said they sold roses at 10-20 baht apiece, but were carrying a limited number to sell due to their supplier’s price hike. They slightly increased the price to 20-30 baht today to ensure no losses, but recognised that people may not be able to buy them if the cost went beyond this range.

In Chiang Mai’s Muang district, many people showed up to shop for flowers at Ton Lam Yai Market where vendor Ploenjai Janthaen said red and white roses were most sought after. Individual roses carried a tag of 70 baht, compared to last year’s 50 baht, while rose bouquets ranged from 300-2,000 baht and special mixed-colour roses fetched 150 baht apiece. 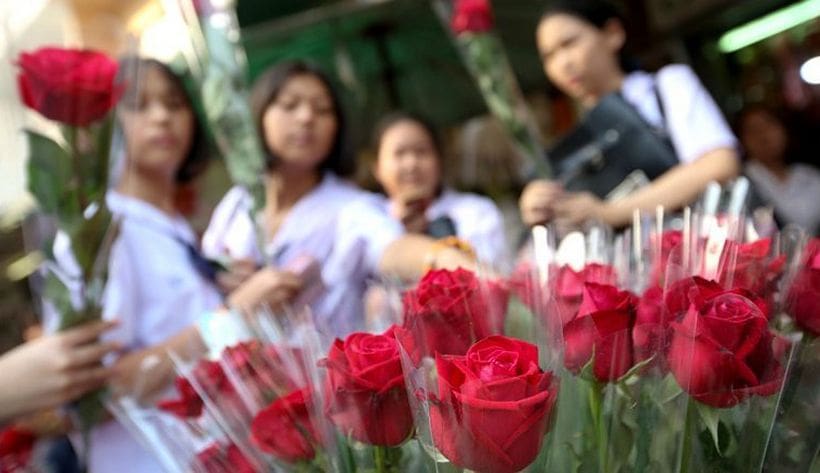 A group of opposition MPs and other activists will today petition to have the emergency decree currently in force in Bangkok revoked. Thai PM Prayut Chan-o-cha imposed the state of emergency last Thursday morning, in the wake of escalating political unrest in the capital. Now a number of Pheu Thai MPs and other opponents of the State of Emergency are calling on the Civil Court to retract it.

Last weeks declaration was “rubber stamped” the next day by an emergency meeting of the Thai cabinet.

Meanwhile, the Bangkok Post reports that Cholnan Srikaew, Pheu Thai MP for the northern province of Nan, has described the PM’s announcement of the State of Emergency in the early hours of last Thursday as illegitimate. He adds that should the court decide the state of emergency is unlawful, the group may sue the government for having declared it.

Just 41 foreign tourists are expected to arrive in Bangkok today, a small, yet major step forward after a 7 month ban on international tourists which was put in place in late-March to prevent the spread of the coronavirus.

The visitors are said to be travelling on the new Special Tourist Visa, which allows a 90 day stay that can be renewed twice, adding up to about 9 months. But the tourists departing from Shanghai, China and arriving in Bangkok’s Suvarnabhumi Airport this evening will only be in Thailand for 30 days, and that includes a 14 day quarantine, Tourism Authority of Thailand Governor Yuthasak Supasorn says.

Plans under the new scheme have been sketchy to say the least and reports have been conflicting. Reports circulated about a group of about 120 to 150 tourists under the new visa scheduled to arrive in Phuket earlier this month from Guangzhou, China. The flight was delayed. A few days later, a spokesperson from the Foreign Ministry announced no one from Guangzhou had actually applied for the visa and TAT just passed off a list of those “interested” in the scheme rather than those who were ready to fly.

Things seem a bit sketchy again. The flight arriving today was at first going to have 120 to 150 tourists, but now it’s down to 41, according to Pattaya News. Yuthasak did not say why only a limited number of tourists are arriving today, but says Bangkok’s ongoing protests are not a factor, adding that the tourists plan to travel to beaches outside the city once the mandatory quarantine period is over. He says 100 more Chinese tourists will arrive in Bangkok later this week.

Upon arrival, the tourists will be tested for Covid-19 and are required to register with a Covid-19 tracking application. They will then be transferred to certified quarantine accommodations to stay for the next 14 days.

“If the first batch of Chinese tourists is considered to be potentially successful, TAT might propose the idea of increasing more tourists to the CCSA (Centre for Covid-19 Situation Administration) and the government.”