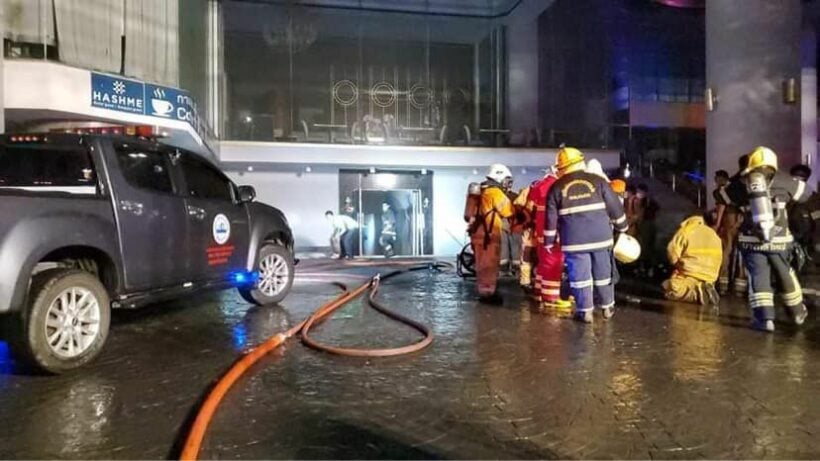 A fire erupted at an alternative quarantine hotel in Samut Prakan, just southeast of Bangkok. Yesterday night, around 80 people evacuated the building when they noticed black smoke. The hotel provides accommodation for the mandatory 14-day quarantine for those entering Thailand from overseas. No injures were reported.

The fire took place at the Siam Mandarina Hotel Suvarnabhumi on King Kaew Road, close to the international airport. It is believed that the fire began in an old snooker club in the hotel. The club hasn’t been used in two years and was closed due to the pandemic, according to the hotel manager. The room has been used as a storage facility during that time.

Ten fire engines and crews responded to the fire, and had it under control in 30 minutes. After investigators found burned power outlets and wiring, they believe that an electrical short-circuit likely caused the blaze.

gummy
2 minutes ago, AlexPTY said: Was owner beaten by the neighbors?  Maybe tied up first ?😂
DiJoDavO
Wow, were they allowed to escape?
PatrickSatoLee
I'm wondering those on Quarantine think of escaping the fire or stay cos they are on Quarantine . . . the perils . . .

Lowseasonlover
They were snookered
Jason
Firstly, thankfully there was no loss of life! You go into an ASQ Hotel and there's a fire which requires you to evacuate!!! Talk about double jeopardy!! I think I'd just go back home. Bad things come in threes....