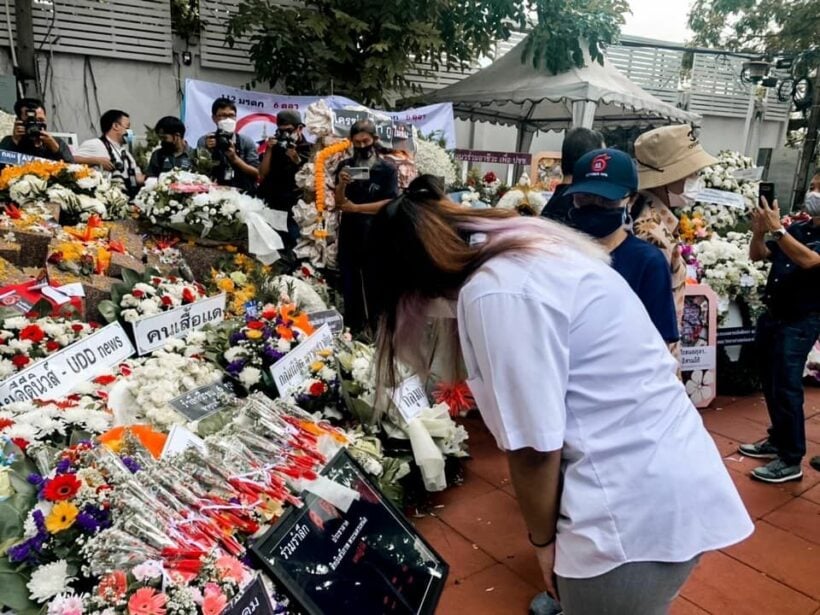 Yesterday, on the 45th anniversary of the 1976 massacre at Bangkok’s Thammasat University, a lawyer-activist now says he plans to bring the perpetrators to the International Criminal Court. The Thammasat University graduate and Ratsadon group lawyer, Kritsadang Nutcharas, made a speech, calling for justice over the bloody crackdown on anti-government protests where police and military forces blocked the exits to the university before firing military-grade weapons at students.

Officially, 45 people were killed, some by lynching, but historians say the number of casualties was much higher. 145 people were injured and over 3,000 were arrested.

The Bangkok Post says Kritsadang has been studying the massacre and believes the case can be taken to the ICC. Having occurred so long ago though, it is hard to determine the chances of the bid being successful.

No victims have ever received any compensation or apology for the events. Mr. Kritsadang is hoping that this case being heard could lead to some long awaited justice for these victims. Additionally, he hopes that bringing attention to these past events could prevent anything like that from happening again.

“October 6 1976 was not a political accident but it was an intentional act by those who held power at that time and wanted to massacre students who called for freedom and democracy at the university.”

Former PM Chaturon Chaisang also made some remarks at a commemoration held inside the university yesterday. He explained that this massacre occurred not just because of the decisions of a few people, but was rooted in societal ideology. And he believes that the power structure that allowed the killings to take place still exists, and that the upper-class is largely responsible for what happened.

“They did it by creating hatred in society against the students and poor folk and killed them violently… Such a thing still occurs in society today.”

He went on to say that the Thai people need to do whatever they can to ensure and defend their freedom of speech.

Rain
2 minutes ago, Poolie said: And the Thais have the money to pursue in a similar fashion? It's not so much that there might or might not be enough founding towards such pursuits. The real dilemma they might find is…

Rain
5 minutes ago, gummy said: And one is the PM  ...and his closest advisors and cabinet members.  As we might recall, in both of those nasty incidents, there were standing civilian PMs in place.  One, still prominent and active in…

gummy
3 minutes ago, Rain said: ...and his closest advisors and cabinet members.  As we might recall, in both of those nasty incidents, there were standing civilian PMs in place.  One, still prominent and active in the Thai political machine. And…
MTa449
The ICC should take on the case being that this was obviously a case of  mass murder sanctioned by the Thai government and military ! Both government/ military entities and officials representatives were responsible for the massacre then and now…
Stardust
3 hours ago, gummy said: And the main people responsible for that massacre are now dead No many are still alive.