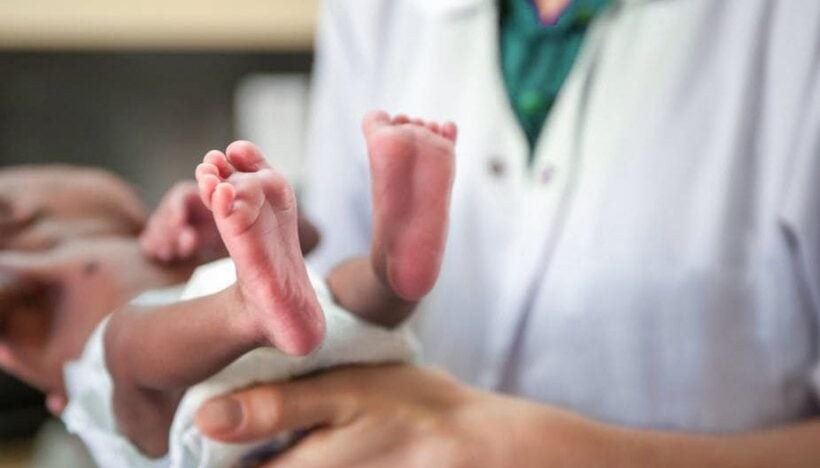 A newborn baby has been found abandoned near rubbish bins in Chon Buri province, south-east of Bangkok, earlier today.

18 year old city sanitation worker, Anucha Boonkhai, has told police that he had loaded garbage from all the bins on Soi 4 of Ban Kao village in Tambon Ban Kao, Muang district, when he spotted a pile of towels. He checked and found a baby boy, whose umbilical cord was still attached still smudged with blood, wrapped in one of the towels.

The baby was alive but had been bitten by mosquitoes and insects so he called an emergency unit of a hospital and then informed police.

Police are now checking footage from security and CCTV cameras in the area to try to identify the mother or person who had dumped the newborn baby.