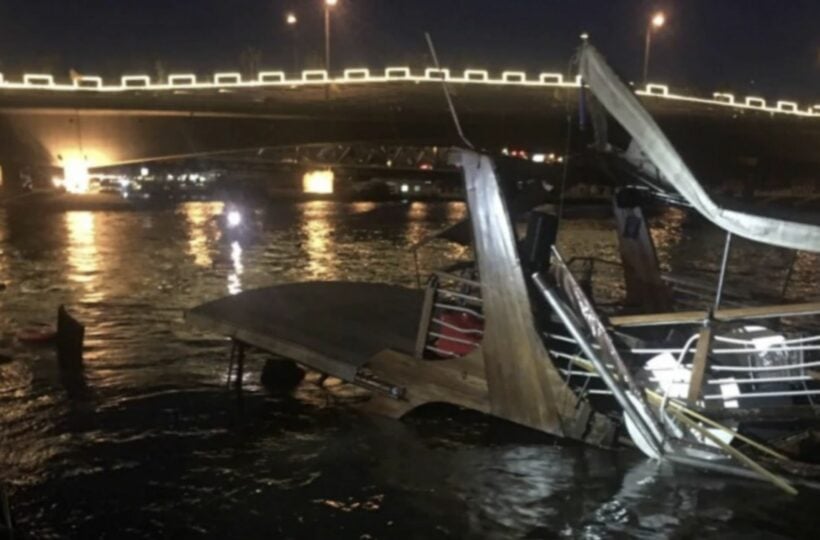 75 passengers, crew and staff were rescued last evening after a triple-deck timber dinner cruise vessel capsized in Bangkok’s Chao Phraya River. Both Thais and foreigners were aboard the boat.

An investigation has begun into the incident. The vessel, called High Season, operating as a ferry and restaurant, listed to the right, capsized and then sank in the Chao Phraya River. No deaths or injuries were reported. The vessel is registered by High Season Resort Company, located in Trat province. The boat’s owners are being questioned to find the cause of the accident.

The ship had travelled from the Ramada Plaza hotel in the Charoen Krung area near the Sathorn Pier and was near the Marine Department offices when it started to list to starboard (right), according to the vessel operator Tassanai Kampangjeen. The vessel limped on to the Suan Somdej Pier near the Phra Pok Klao River to offload passengers before the High Season sank.
Jakkri Sriraksa, a staff from Khlong San Rescue Volunteer Foundation, told officials that the boat had picked up Thai and foreign tourists from a pier.

“The operator noticed that the ship was tilting to the right side, probably caused by a leak. They radioed the nearest pier for emergency embarking and safely evacuated all 75 passengers and staff on the shore.”

Officials have contacted the Marine Department to salvage the vessel from the Chao Phraya. There are no reports of the accident causing an damage to public property.

There was another vessel capsizing and sinking on Saturday night, about 2 nautical miles short of Don Sak pier in Surat Thani, whilst returning from Koh Samui. Bad weather and high seas up to 3 metres, caused the car ferry, Raja 4, to capsize and sink. The boat was carrying garbage trucks and a passenger vehicle. 3 people are still missing, feared drowned. 12 of the 16 passengers on board were employees of the Raja Ferry Company. The body of the captain of the ferry was found floating about 2 nautical miles from the scene of the incident yesterday afternoon. 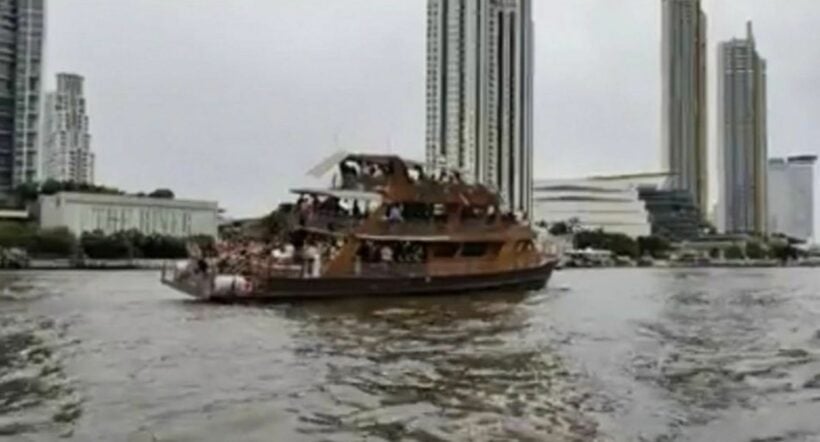