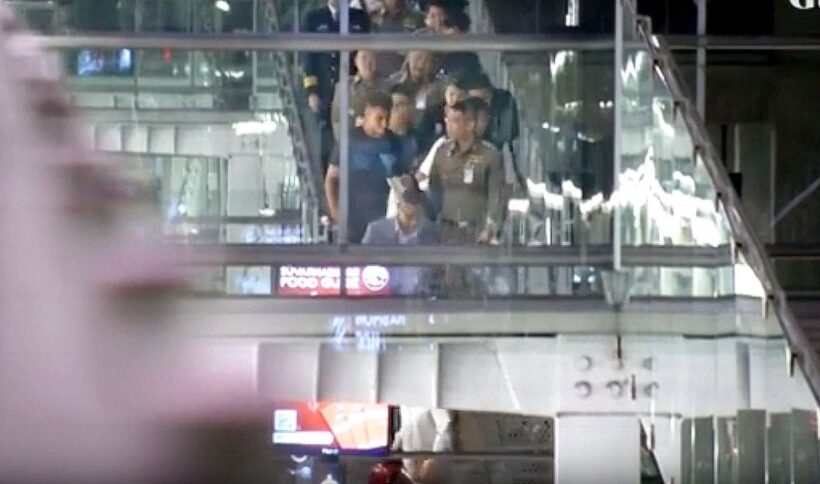 Bahraini footballer Hakeem al-Araibi, who was facing an extradition trial in Bangkok since his detention in November last year, was heading back to Australia last night after the Bahraini authorities decided to withdraw their extradition request.

Bahrain’s decision yesterday ended all judicial proceedings underway in Thailand. It also ended a tense diplomatic spat between Australia and Bahrain which had Thailand torn between the two Governments.

The 25 year old will now be re-united with his wife back in Melbourne. They were visiting Bangkok for a honeymoon trip on November 27 when al-Araibi was arrested following an Interpol red notice initiated and then later cancelled by the Australian Interpol police.

Al-Araibi play professionally for the Pascoe Vale football team in Melbourne, has a residency permit and refugee status in Australia.

Thai authorities escorted Hakeem al-Araibi through Suvarnabhumi airport early last night where it is believed he boarded a JetStar flight back to Melbourne.

The Thai Attorney General’s International Affairs Department said yesterday that the Foreign Ministry had said that Bahrain wanted to withdraw the extradition request.

The department decided that it would not proceed with the trial against al-Araibi. The office moved a petition before the Criminal Court, stating its intention to withdraw the case, which the court accepted. Thailand and Bahrain do not have a formal extradition treaty but an extradition has been possible in the past “in the spirit of reciprocation and cooperation”.

Bahrain’s Foreign Ministry says it had learned about the withdrawal of the extradition case by the Thai side but they insisted the 10 year jail sentence on al-Araibi remained in place.

Al-Alraibi had the right to appeal the ruling, while the Bahraini government reaffirmed its right to pursue all necessary legal action against him.

It insisted that an arrest warrant was issued for him because he had jumped bail after being granted special permission to participate in a tournament in Qatar from where he fled to Iran.

Al-Araibi has permanent residency in Australia and has lived there for five years. His arrest and detention by Thai authorities severely strained Australia-Thailand diplomatic ties. Since the arrest of al-Araibi hit global headlines, Canberra has been at the forefront of the demand for his immediate release, arguing that he was a refugee with Australian residency and therefore should not have been arrested to face an extradition trial.

The Australian PM Scott Morrison issued two strongly worded letters to the Thai PM Prayut Chan-o-cha in the lead up to yesterday’s development.