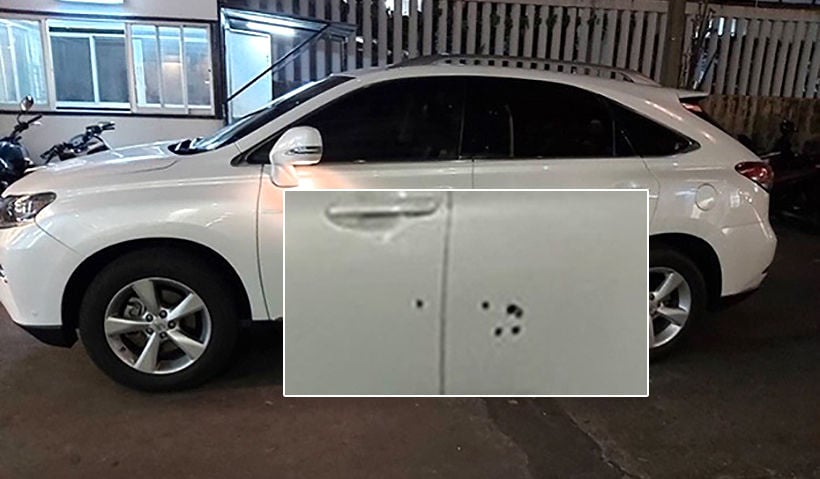 PHOO: Seven bullets fired into the side of the car of Surachat's wife - Bangkok Post

“Surachat says he was certain the shots had been intended to kill him.”

Seven shots have been fired into the side of a car of former immigration police chief Surachet Hakparn’s wife. The former high profile poster boy for the government’s immigration policy, and championed by the deputy PM Prawit Wongsuwan, was in a restaurant in Bangkok’s Bang Rak district when the shots were fired.

The shooting was reported to Bang Rak police around 9.30pm. Surachat told police he had driven the car to the venue.

The white Lexus SUV, belonging to the ex-police officer’s wife, was parked outside the Surawong Sarika car park. Seven bullet holes were found in the doors on the left side of the vehicle. The driver of the motorcycle was wearing a cream jacket, long jeans and white canvas trainers. The pillion passenger was similarly dressed but with a blue jacket. Both had full-face helmets.

Pol Lt Gen Surachat Hakparn, aka. Big Joke, wasn’t in the car at the time of the shooting. Some reports say that he had been attending a business meeting in a nearby restaurant, others say he was having a massage.

Now acting as an advisor to the Thai PM’s Office, Surachat says he was certain the shots had been intended to kill him. But he maintained he had no ongoing conflicts with anyone. 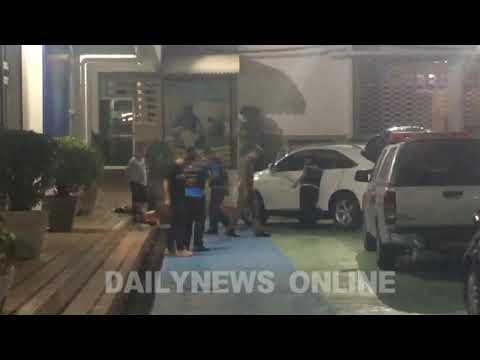 Pol Lt Gen Surachet rose rapidly through the police ranks during the five-year rule of the military due to his close ties with Deputy PM Prawit Wongsuwan.

He was chief of the Police Immigration Bureau until last year, when he was unceremoniously shunted sideways into a civilian position and adviser at the PM’s Office. The reason for his abrupt, and mysterious, fall from grace has never been explained and has not been discussed by the man concerned.

Deputy national police chief Wirachai Songmetta says forensic experts are examining the bullets extracted from the car doors, to determine what type of firearm was used, and checking CCTV around the car park area to log the comings and goings.

Witnesses claim a person on a motorcycle had fired the shots. Surachet is also assisting police with the enquiries. 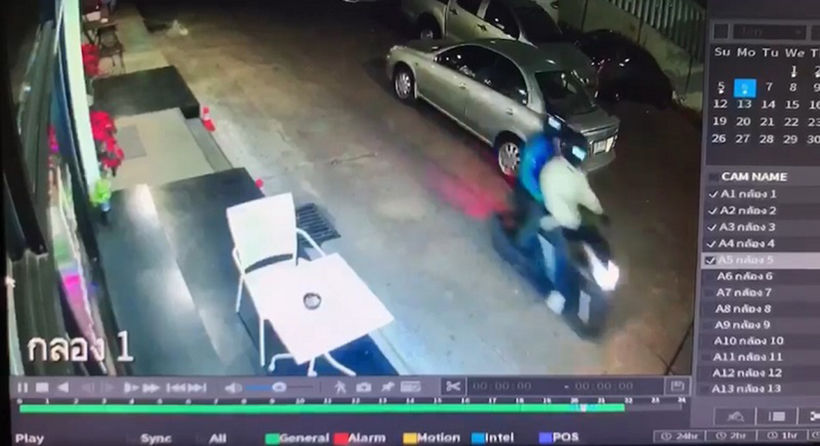 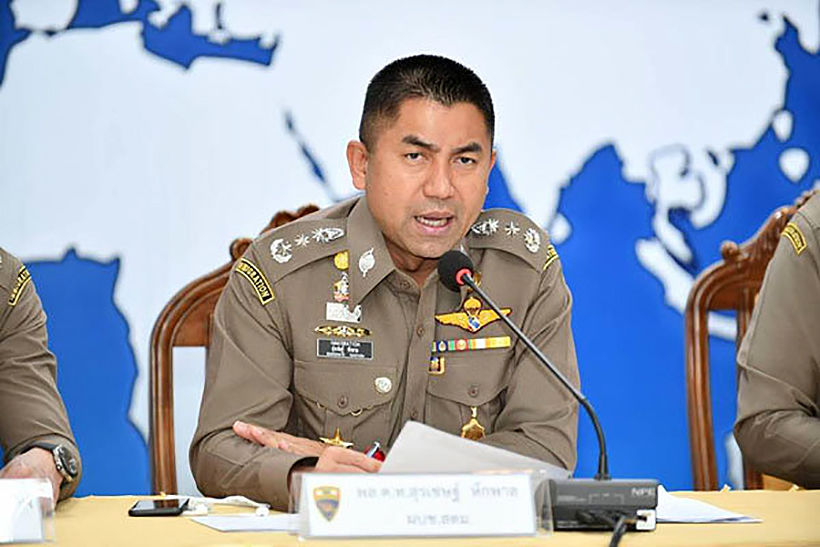