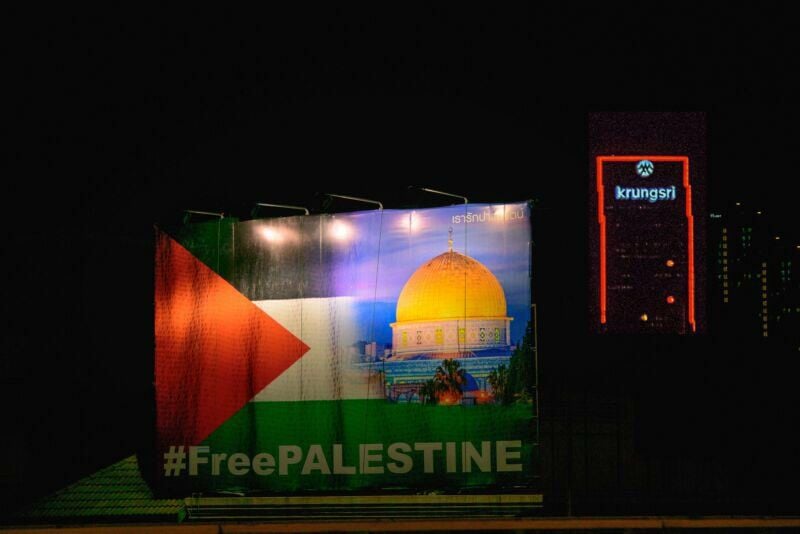 A billboard in Yan Nawa, a district in Bangkok, has been taken down. It was reportedly put up by a group of Thai Muslims who support the Palestinian cause.

The billboard consisted of the Palestinian flag with “#FreePALESTINE” superimposed on the bottom of the flag, as well as the dome of the Al-Aqsa mosque.

Reportedly, Thai officials had asked the owner of the building to take down the billboard, as they believed the billboard could be detrimental to Thailand-Israel relations.

The owner declined to remove the billboard. So public works officials delivered a “stern” warning to the building’s owner that legal action could be pursued if the billboard wasn’t removed by Saturday (yesterday).

The billboard is now gone and in its stead is a billboard advertising space for rent.

According to political activist, Veera Somkwamkid, the original billboard fell under the protection of free expression in Thai law. Also, Veera says the billboard was an expression of human rights for the Palestinian people.