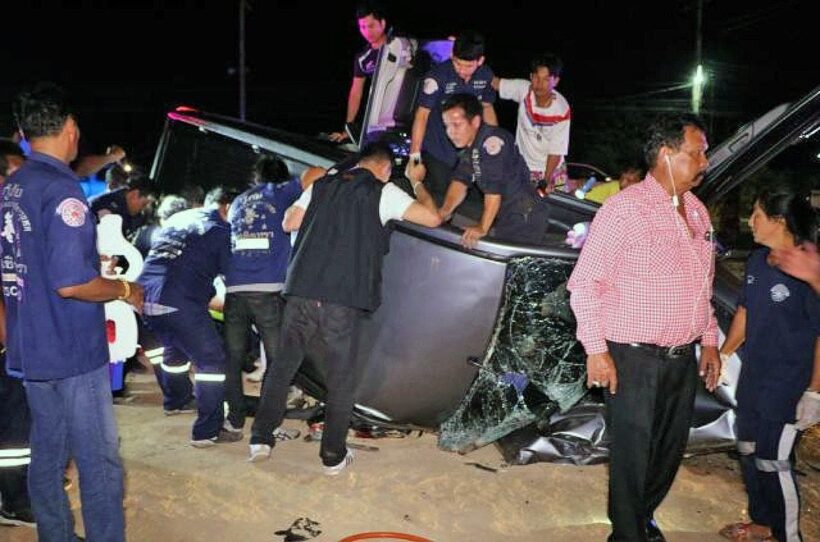 Five people were killed and another five critically injured after the pick-up truck of a family returning from a shopping trip collided head-on with an another pick-up truck just one kilometre before reaching the family’s home.

Police and rescue workers rushed to the scene around 9.30pm last night at the Rang ta Sorn curve on the old Sukhumvit Road in Song Khlong.

Passenger 35 year old Piyawat Pliansiri, who had been thrown from the vehicle, was seriously injured but was able to assist police with their inquiries.

Piyawat said his group was returning from a mall and was only one kilometre from home when the crash occurred.

Emergency responders found the other pickup – a Toyota Revo – on the road with four injured people trapped inside, along with the dead body of 23 year old Pitak Saengnak.