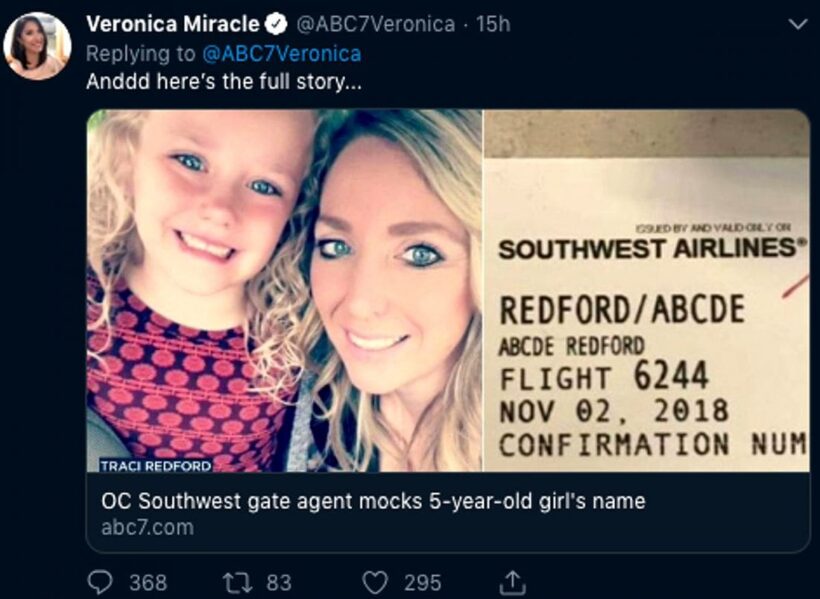 An American discount airline has apologised to a mother after she claimed the staff laughed at her five year old daughter’s name.

The daughter is called Abcde.

The name, according to the mother, is pronounced ‘Ab-si-dee’. The airline staff also and posted a picture of her boarding pass with the unusual name.

The mother said she was outraged.

“The gate agent started laughing, pointing at me and my daughter, talking to other employees. So I turned around and said, ‘Hey, if I can hear you, my daughter can hear you, so I’d appreciate if you’d just stop,'” she said according to America’s ABC News.

The incident took place at John Wayne Airport in Orange County, California. The mother and daughter were heading to El Paso, Texas on a Southwest Airlines flight.

A spokesperson for the airline has offered a “sincere apology to the family”.

“We take great pride in extending our Southwest Hospitality to all of our Customers, which includes living by the Golden Rule and treating every individual with respect, in person or online.” 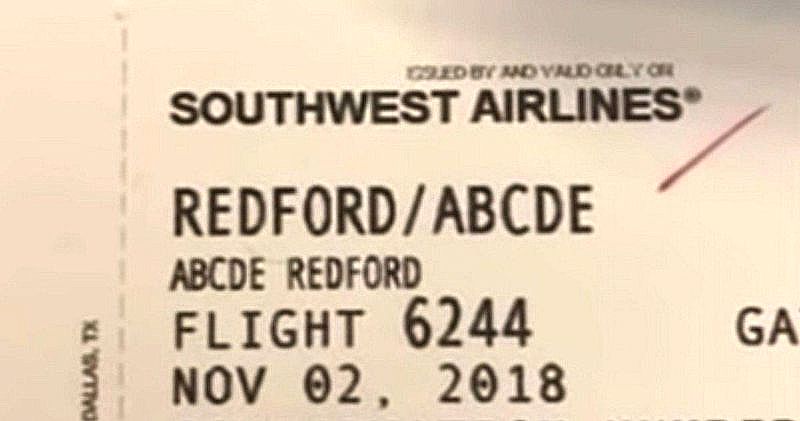