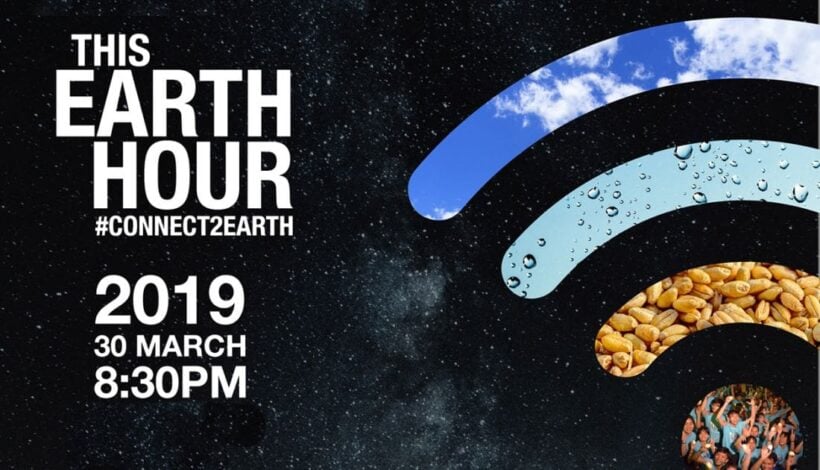 The Bangkok Metropolitan Administration is inviting Bangkokians to join in “60+ Earth Hour 2019”, by turning off electrical appliances and lights for one hour from 8.30-9.30pm on Saturday, March 30.

The rest of Thailand is also invited to join in the annual environmental initiative. The BMA has participated in Earth Hour since 2008 by encouraging Thais to switch off lights to show their concern for the planet.

The BMA says they’re joining 262 organisations to participate in the event. Bangkok’s main celebration venue will be Central World Plaza on March 30.

The BMA say that last year’s event, when 121 organisations and establishments took part, was a success with 2,002 megawatt reduction in power usage during the ‘lights-off’ hour which was calculated to have a cash value of 7.86 million baht or a reduction of 1,026 tons of carbon dioxide.

Started as a symbolic lights-out event in Sydney in 2007, Earth Hour is now celebrated in 188 countries as a global moment of solidarity and action to save the planet.