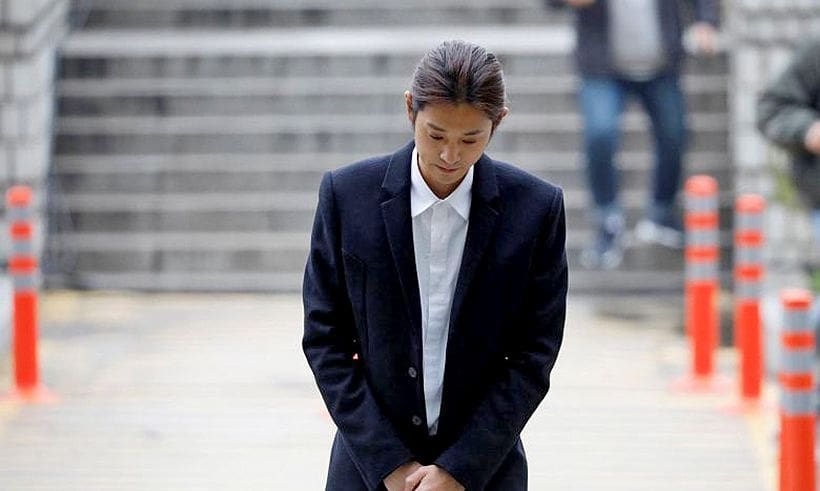 K-pop star Jung Joon-young has been arrested over allegations he shared sexually explicit videos of women filmed without their consent.

He appeared at a court hearing yesterday where he apologised to the victims for his actions. An arrest warrant was issued a few hours later.

30 year old Jung, who was first questioned by police last week, spoke to the media after the hearing.

“I am truly sorry. I admit to all charges against me. I will not challenge the charges brought by the investigative agency, and I will humbly accept the court’s decision.”

“I bow my head in apology to the women who were victimised by my actions.”

He was escorted in handcuffs to a police station where he remains in custody.

Jung is accused of being part of an online group chat that shared sexually explicit videos of women without their knowledge or consent.

If found guilty of charges of sharing videos and charging for viewing the men could be sentenced to five years in prison or face a fine of up to 30 million won (842,000 Thai baht).

Jung was dropped by his management ‘MakeUS Entertainment’ and last week Seungri said he would quit the entertainment industry.

Sold over 2.6 million copies and it’s not even released. Map of the Soul, BTS.