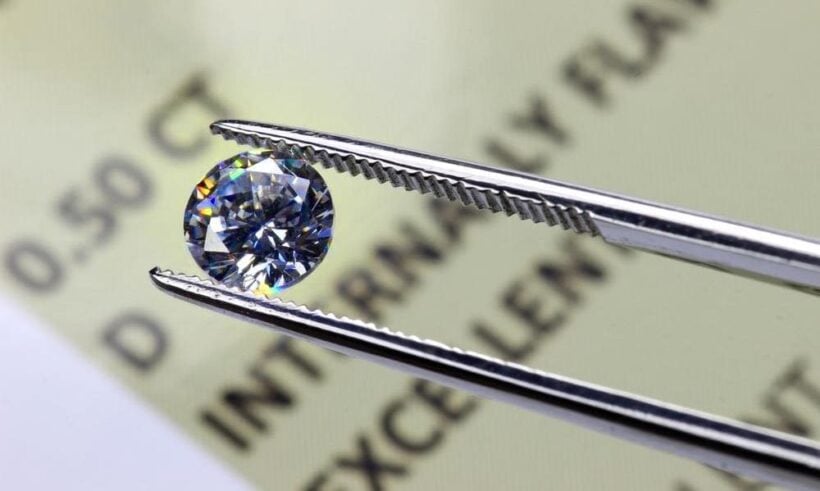 An informed source says that 59 year old Pipaspongpas Suksawaspipat was nabbed in response to an arrest warrant in Chanthaburi province while he was trying to cross the borders into Cambodia. A court approved an arrest warrant for Pipaspongpas on Wednesday after he made off from his fake jewelry shop in Bangkok’s Bang Rak district with the 10 million baht diamond.

He had pretended to examine the diamond during what his 44 year old Indian victim thought was a normal business negotiation on Tuesday afternoon.

The Indian man, Jain Vaivphav had advertised the diamond for sale on a website. Pipaspongpas approached him and invited him to the elaborate fake shop. There, Pipaspongpas discussed a deal before asking to see the stone in natural light. Stepping outside, he then locked Vaiphav inside the shop and made his getaway on a waiting motorcycle.

Vaiphav had to smash a locked glass door to get out and alert police.