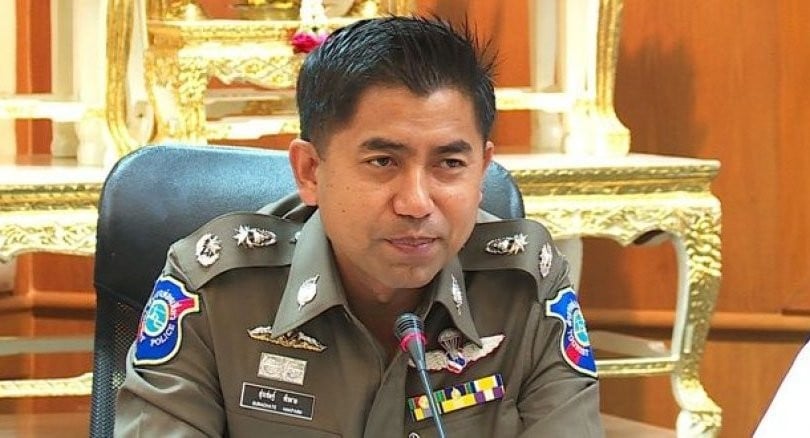 Deputy PM General Prawit Wongsuwan, who is also defence minister, has made Tourist Police Deputy Chief Surachete Hakphan his assistant spokesman. The appointment has been effective since Sunday.

Surachete Hakphan, aka ‘Big Joke’, has been the poster-boy for the government as they round up over-stayers, call-centre gangs, scammers and other trans-national crime gangs.

The deputy PM’s Spokesman Kongcheep Tantrawanich announced the appointment yesterday and said it was done to make his work more efficient.

Surachete will report to him and to Prawit, Kongcheep said, adding that the new assistant spokesman will also help with legal affairs, cooperation with foreign agencies as well as communication with the public.

However, Surachet has said that he has not been given any assignments as yet, though he presumes his new work would involve assisting Kongcheep and providing information about security as well as international and domestic crimes.

He said he also planned to address the loan-shark issue, and would advise debtors to be more self-sufficient and refrain from spending beyond their means. He added that the creditors should not take advantage of others.

The new assistant spokesman also said he would continue working on other issues, such as money-related scams.