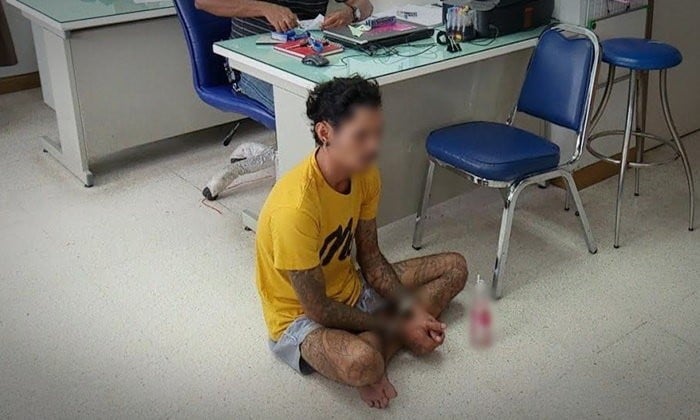 Sanook is reporting that Prachuap Khiri Khan police have arrested a 32 year old man who allegedly attacked and raped his ex girlfriend after she posted on social media that she had a new lover.

Fresh out of jail after serving a three year sentence over a murder, police say that Chaiwat was drunk and armed with a knife when he went to the home of 25 year old Kusama last Sunday. He allegedly attacked her with the knife inflicting six wounds to her neck and body. Her father suffered two wounds during the attack.

Sanook reports that the couple had previously been in a relationship for two years but her family never liked him saying that he was lazy, unemployed and had beaten her.

Police claim that Chaiwat then took her on his bike to another location and raped her. Then he called up her friends to come and collect her.

Police eventually arrested him hiding at a resort hotel.

He has since apologised to the victim claiming that he still loved her. He said he was drunk and in a rage. He also tested positive for drugs following a routine urine test. He has now been charged with abduction, rape and attempted murder.

Police say that Chaiwat has just been released from jail after serving three years for involvement in an attack that resulted in the death of another person.