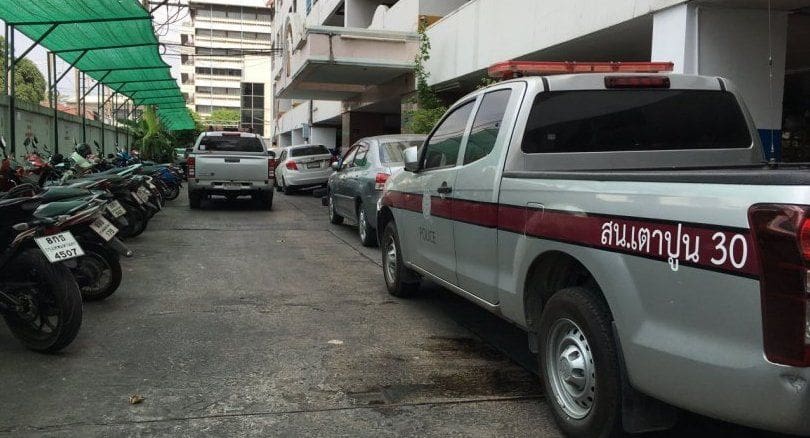 A 66 year old man who lived alone and suffered from chronic ailments has been found dead outside a 15 floor apartment building in Bangkok’s Bang Sue district.

It is believed he committed suicide by jumping from the rooftop this morning.

Taopoon police were alerted at 11am that Charn Wanngern died after he fell to the ground in front of the entrance to Building A of Taopoon Mansion.

Police found a suicide note in the man’s room on the 15th floor. No foul play is suspected in the man’s death.

The note also had the mobile phone number of his close friend. Police called him and learned from the friend that Charn used to own a cabaret troupe in Silom and he recently fell and had been suffering from chronic aliments since.

Charn needed to see a doctor regularly and the friend had to take him to his hospital as he lived alone. The friend said he had a schedule to take Charn to see his doctor this Friday.

Police said Charn’s room was on the west side but he fell from the east side of the building so he likely went up to the roof and jumped down.