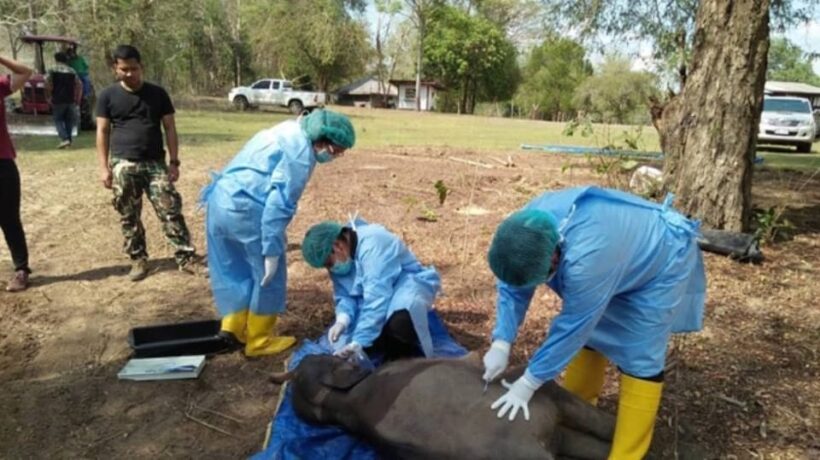 The body of a young elephant has been found with plastic inside its large intestine in Chachoengsao (north of Chon Buri) yesterday.

Officials at the department of national parks, wildlife and plant conservation (DNP) were notified from a villager headman that the young elephant has been founded dead in the forest.

Veterinarians and police arrived to find the body of the four month old elephant. Large cuts were found around its face. There was no sign of  bullet wounds found on the elephant’s body.

An autopsy has been conducted where a plastic bag was found inside the young elephant’s large intestine. The veterinarian says the cause of dead was Acute Renal Failure.

Police are now investigating to find who or what caused the cuts on its face as it’s believed to be from a knife and has removed some of its skin and meat.