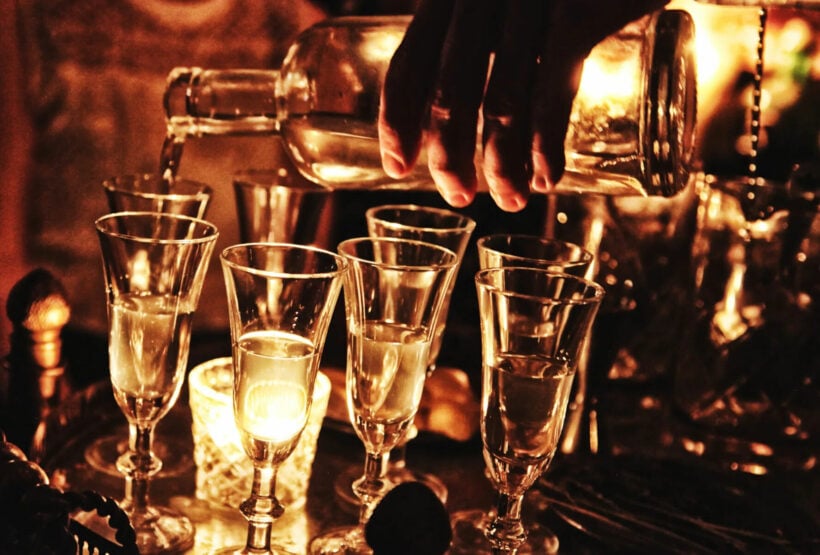 PHOTO: Illegal drinking was busted in a restaurant across from the police station. (via castlecraig)

In what has become a common occurrence, police raided an establishment and arrested people illegally serving and consuming alcohol. In Pathumwan district of Bangkok Monday night, police raided a restaurant within a shopping centre and arrested 93 people with alcoholic beverages.

In real estate, as in illegal alcohol sales, location is everything, and the raid occurred on the second floor of the shopping centre that sits across the street from the headquarters of the National Police Bureau. Police say they were acting on a tipoff that the restaurant was selling and serving alcohol to customers.

Tapas Music Bar by Vaso had received warnings on October 16 and again on October 17 not to sell drinks in violation of the Covid-19 Emergency Decree and the disease control law, according to police, but refused to stop serving alcohol to patrons.

Police officers raided the restaurant and found 93 patrons at 30 tables crowding the popular restaurant. In total 64 women and 29 men were arrested, as police say the bar was crowded with drinkers and no Covid-19 safety measures like mask-wearing and social distancing were being observed.

The restaurant manager who ignored the previous warning is now being charged with violating the Emergency Decree, disease control laws, and the Bangkok Metropolitan Administration anti-virus regulations. The Emergency Decree carries up to 40,000 baht and 2 years in prison for violation, while disease control laws can bring up to 100,000 baht and one year in prison as punishment.

longwood50
Make sure to close Thailand to all those foreign tourists who come here only to drink, party, and spread Covid.  Oh wait, Thailand is closed to tourists now.  I wonder who these people might be?  Only foreign tourist want to…
HiuMak
3 hours ago, Slacker77 said: yeahh right very smart to choose such a long way from the police  I thought the nearest place is the safest place? 🤣
Graham
So the RTP couldn't even see what was going on across the street, that about sums up the general policing in the country, they have to wait until someone calls and tells them about it. 555 TIT.

JohninDublin
Yet another of those "No sh1t Sherlock" moments from a leading contender in the "Best Police money can buy" competition.
JJJ
Unlike everyone at Starbucks, they weren’t observing rules like mask wearing when drinking.