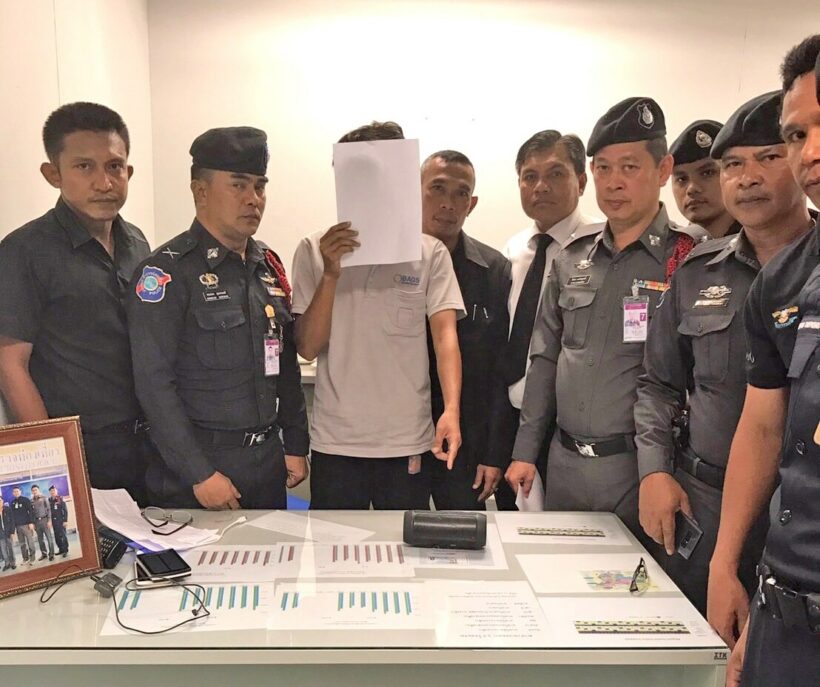 Airport baggage handler, 27 year old Abdullah Hayee Mayeh, was arrested with a bluetooth speaker on October 12 after his robbery was recorded on video.

CCTV cameras caught him trying to open the luggage of a passenger of Jetstar Airways flight on October 10 at Bay 15 at Phuket International Airport while loading luggage onto the aircraft parked on the tarmac.

After the police showed the video to him, he confessed and returned the speaker to the public service department of the airport so it can returned to its rightful owner.

Abdullah has been charged for robbery and taken to Saku Police Station for processing.