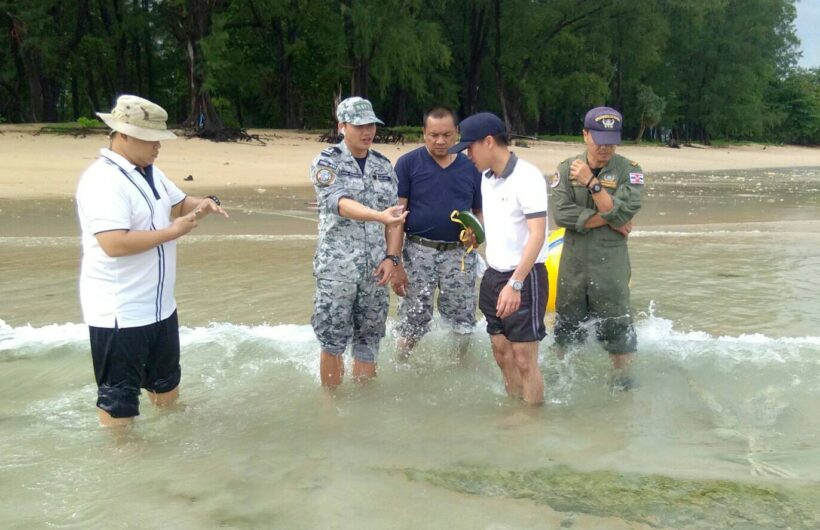 The mysterious object found in the sea of Nai Yang Beach has been revealed as “Oropesa”, a buoy from a naval minesweeper from World War II. The object is not harmful.

The team from the Mine Squadron and Explosives Ordinance Division of the Royal Thai Army Area 3, Phang Nga base officers visited the scene this morning (October 12) to measure the size and verify the appearance of the the object.

“After checking the components and size, the object is identified as a buoy for naval minesweeping. It weights about 410 kilograms. This is a standard tool for minesweeping which has been in use since the World War II named ‘Oropesa’. It certainly is not harmful,” said Lieutenant Commander Thanchaiyan Tanti-Amnuay, an officer from the Mine Squadron.

“We agree that it doesn’t belong to Thai army as there’s no record about minesweepers in the area from our army. We still don’t know why it is here. It probably drifted into the shallows here at Nai Yang with the waves after falling from a ship. Officers from Royal Thai Navy Area 3 will conduct a full EOD process by using X-ray equipment before transporting the item away.” 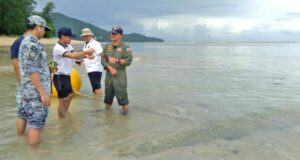 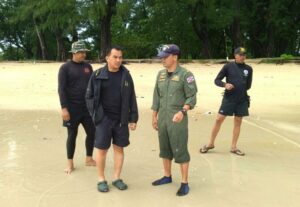 Shooting at a Patong nightclub