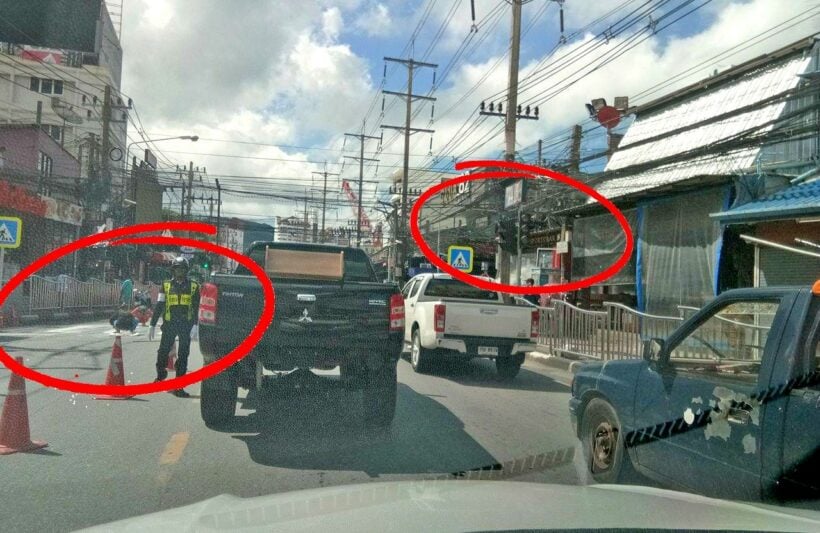 There was a fatal accident just after 8am this morning on the By Pass Road, southbound, just near the Keehin hardware store. The black pick-up truck was carrying eight Burmese migrant workers. The injured were taken to Vachira Hospital.

There was heavy traffic across the Patong Hill early in the morning, also later in the afternoon and traffic along Viset Road, from Rawai, was banked back more than a kilometre from 4pm this afternoon (it’s usually the same each morning around 8am).

There was also another two road accidents on the By Pass Road, northbound, around lunchtime plus another just after 4pm outside IKEA near the entrance to the By Pass Biztown.

Traffic travelling through Patong along Rat-u-thit Road was also slow all morning with new traffic lights being erected at the Bangla Road intersection and two pedestrian crossings being painted on the road, either side of the Bangla Road T junction.

If you see any traffic problems, changes in road conditions, road works or accidents, please send your photo and info as a PM to our Facebook page or to info.thethaiger@gmail.com. The information is invaluable to other road users.

FATAL ON BY PASS ROADFatal accident just after 8am this morning on the By Pass Road, southbound, just near the Keehin hardware store. Was carrying eight Burmese migrant workers. All injured were taken to Vachira Hospital.VIDEO: Kritsada Mueanhawong