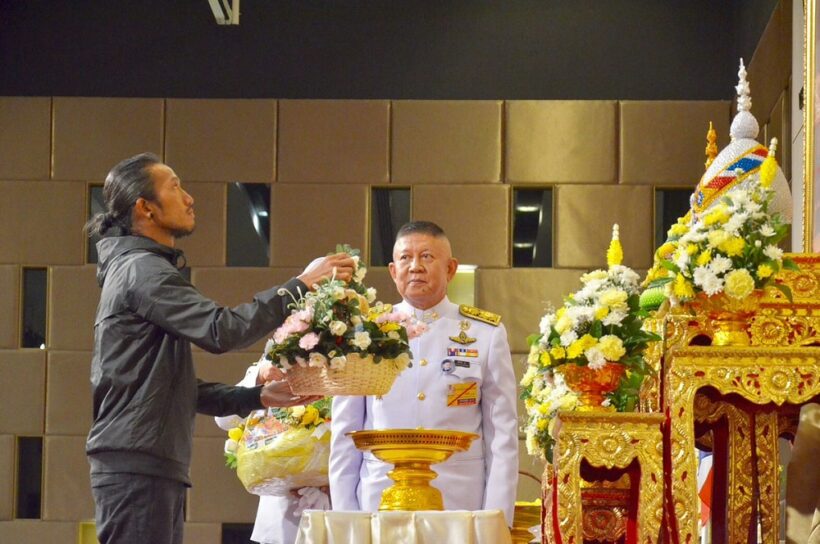 The King sent AM Phakdee Saengchuto, his assistant principal private secretary, to deliver the gifts to Toon in a ceremony held in front of His Majesty’s picture.

The ceremony was held at 11.30am at the Banchong Buri Hotel on the bypass road of Muang district in Surat Thani.

As part of his epic charity run, Toon reached Surat Thani on Tuesday night. He was taking a rest today (Wednesday).

He and his group hope to raise 700 million Baht for 11 public hospitals from his run under the banner of “Kao Kon La Kao”, or “Take One Step Each”. He started in Betong district in Yala province, and his final destination is Mae Sai district in Chiang Rai. 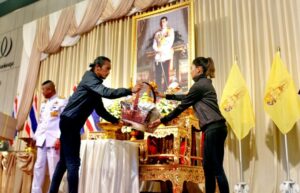