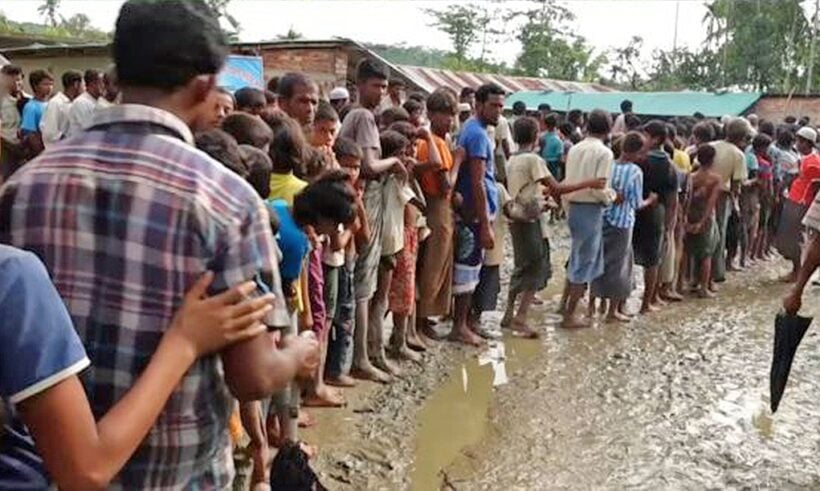 From Thaiger affiliate, Voice of America

On the sidelines of the U.N. General Assembly in New York on Monday, diplomats from the United States, Britain and other countries concerned about the humanitarian crisis in Rakhine called for an end to the violence and for measures to relieve Rohingya refugees’ suffering.

U.S. Ambassador Nikki Haley said it was a “productive meeting about the dire situation,” but that no improvement has been seen on the ground in the area where displaced Rohingyas have been fleeing into Bangladesh.

“We continue to hear reports of violence and suffering,” Haley said afterward.

“People are still at risk of being attacked or killed, humanitarian aid is not reaching the people who need it, and innocent civilians are still fleeing across the border to Bangladesh.”

In addition to their call for an end to violence and full, unimpeded access for humanitarian workers from the U.N. and other agencies, Boris Johnson said the ministerial group felt that “while Burma has undoubtedly made encouraging progress toward democracy in the last few years, the situation in Rakhine, the terrible human-rights abuses and violence are a stain on the country’s reputation.”

“As I have repeatedly said, no one wants to see a return to military rule, so it is vital that Aung San Suu Kyi and the civilian government make clear these abuses must stop,” he added. Johnson said he was encouraged by the discussion and participation of the senior Burmese officials.

“The international community is committed to seeking a solution that ends this crisis and brings peace and stability to Rakhine State and the rest of Burma,” the U.S. ambassador said in a statement. “The United States continues to urge the Burmese government to end military operations, grant humanitarian access, and commit to aiding the safe return of civilians back to their homes.”

Monday’s high-level meeting was “a first step, but it can’t be the last,” said Louis Charbonneau, the U.N. director at Human Rights Watch. “This discussion should lead to strong U.N. action to compel Myanmar security services to end their ethnic cleansing campaign.”

Charbonneau urged the General Assembly to draft a resolution condemning the abuses and called on the Security Council to impose targeted sanctions and an arms embargo on the commanders leading the military crackdown.

Phuket’s monkeys being moved to their own island