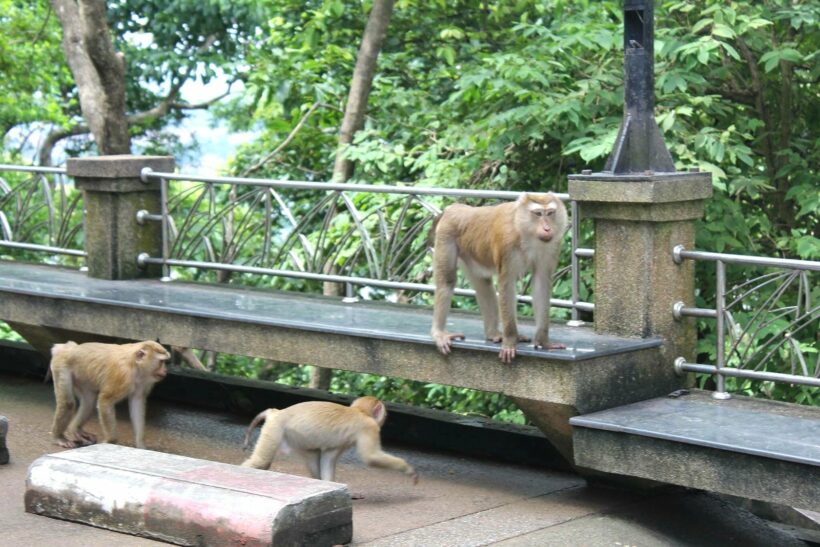 A meeting yesterday (September 18) between Phuket’s Governor and wildlife officials discussed the management of Phuket’s monkeys.

Following many reports from locals and tourists about problems caused by Phuket’s monkeys, the meeting agreed on a possible sustainable solution.

“There are 7 spots where monkeys live in Phuket including Rang Hill, To Sae Hill, Soi Thanun, Soi Ginggaew 9 in Koh Siray, Bangrong Pier and Baan Yamu. There are 2 types of monkeys including pig-tailed macaque and long-tailed macaque. According to the complaints they can attack people for food, steal people’s items and wait for tourists to feed them while also sometimes attacking people walking past them,” said Phuket Governor Norapat Plodthong.

“We have searched and collected information about five islands around Phuket. Some of the monkeys will be released to the secure ecosystems of these selected islands to reduce the number of monkeys in areas frequented by locals and tourists on Phuket island.”

“However, after a survey, we found that the monkeys in Phuket are not as aggressive as in other provinces that face similar monkey problem. Their behaviour has changed because of visitors giving them food.”

Phuket’s monkey populations have suffered from human interaction as tourism and population growth have merged with their previous habitats. 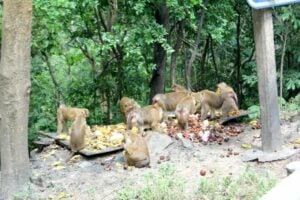