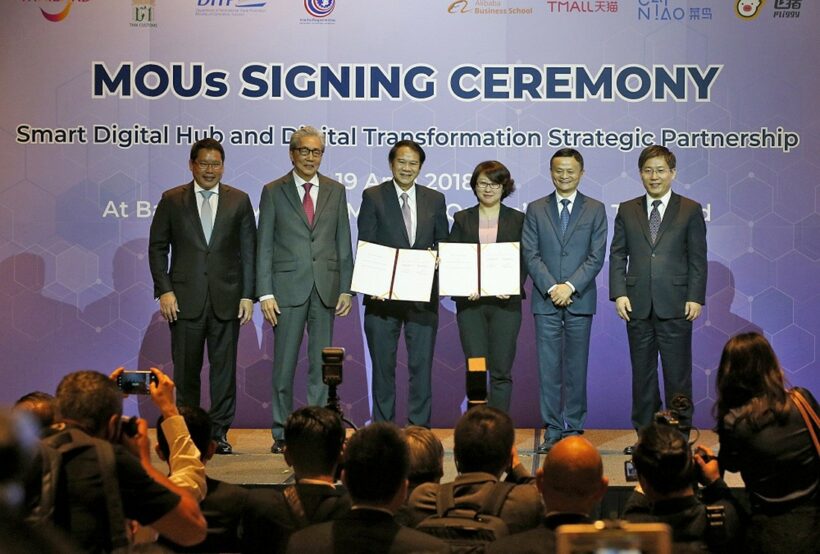 Chinese e-commerce giant Alibaba Group has committed to invest a combined 11 billion baht in Thailand in a move that PM Prayut Chan-o-cha says could benefit the country’s small farmers and rural enterprises due to the firm’s expertise in diverse technology.

“Jack Ma (Alibaba’s co-founder and executive chairman) told me he does not solely look for profits because Alibaba already has enough,” Prayut said after his meeting with the Chinese tycoon.

“So he aims to help low-income farmers and other people use digital technology to boost their competitiveness on online market platforms.”

Ma, who was on in Bangkok yesterday, also met with deputy premier Somkid Jatusripitak at Government House before signing four memorandums of understanding marking the start of Alibaba’s significant investment in Thailand’s much-heralded Eastern Economic Corridor (EEC) as well as a related “Smart City” project.

Ma has been to Thailand several times and in 2016 also met with Prayut during the G20 summit in China’s Hangzhou city. However, the Chinese e-commerce giant made its first investment within the ASEAN region in Malaysia, raising questions whether the Prayut government’s “Thailand 4.0” initiative was compelling enough to attract Alibaba.

Ma claims that Alibaba focuses a lot on Asia and the Internet is a great opportunity in Asia. The collaboration with Thailand included “Go to China”, meaning bringing Thai local farm goods, such as rice and fruits to the huge Chinese market and “Go to Thailand” meaning bringing more Chinese tourists to Thailand.

“Today’s MoUs are the initial phase of our long-term commitment to be a strategic partner with this country. Our strategy is a global vision, to partner with the countries having the same belief in the future, technology, e-commerce, SMEs, and young people,” said Ma.

Commerce Minister Sonthirat Sonthijirawong said the ministry would drive the digital economy by promoting e-commerce platforms to allow Thai farmers and other producers to sell to China, citing the Thai Rice Flagship Store on Alibaba’s Tmall.com as an example.

Other Thai products will be on sale on Tmall.com, China’s largest online marketplace which reaches more than 1.4 billion consumers. 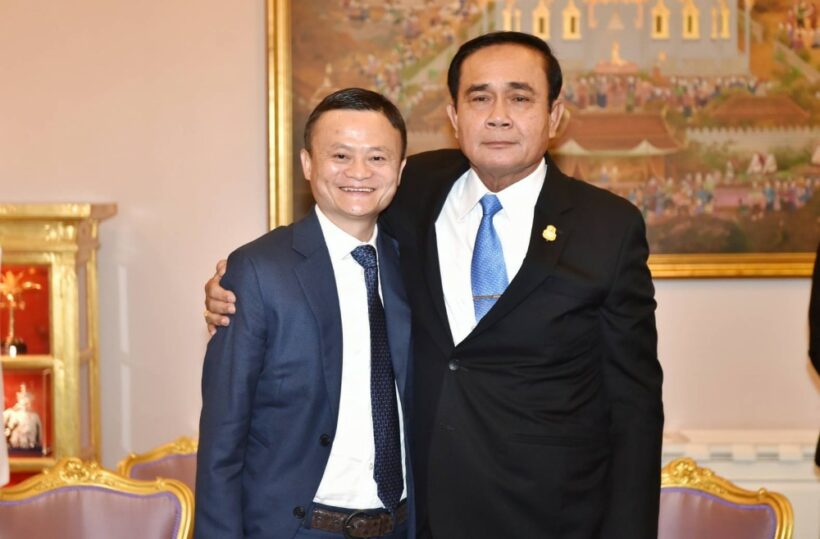 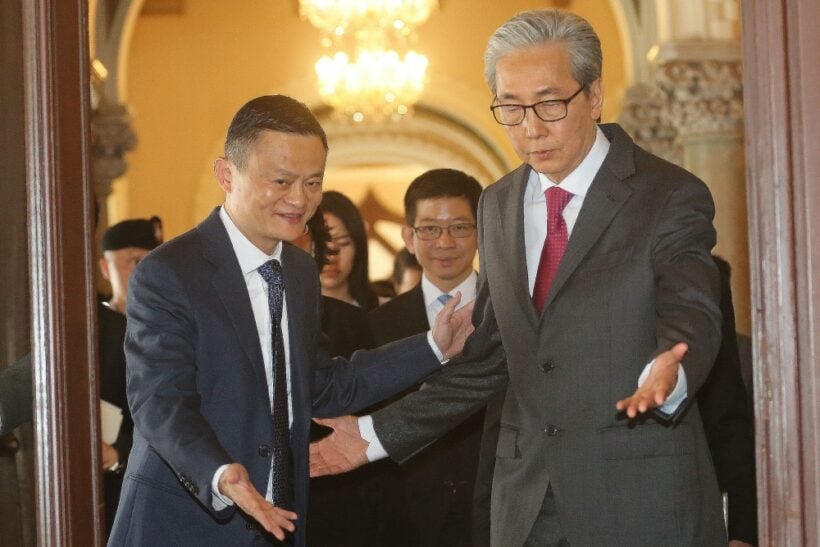 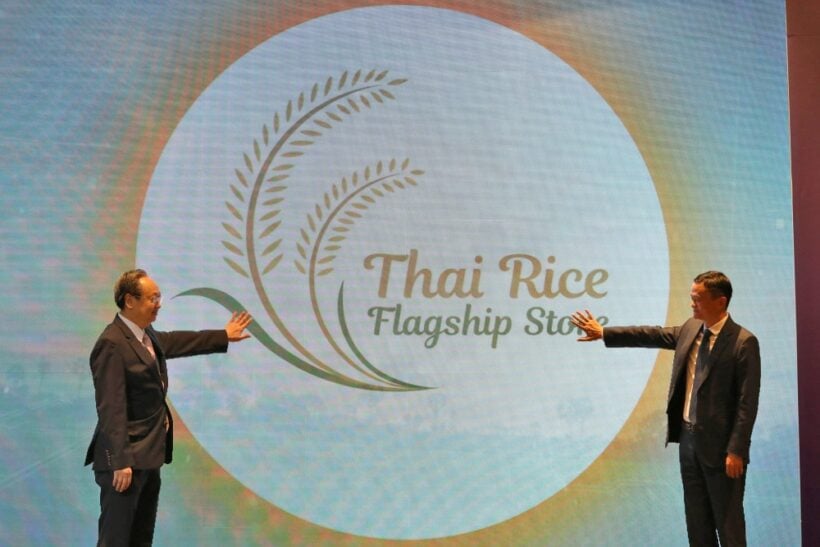