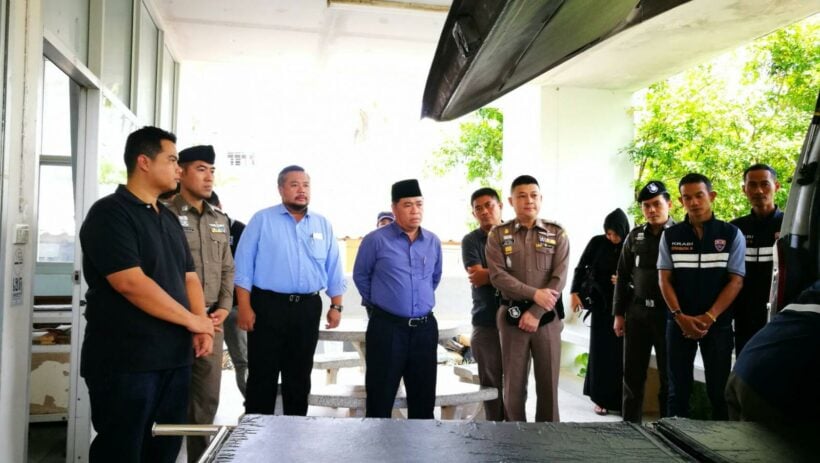 The 60 year old woman from Brunei, PG HJH Jamilah PG HJ Othman, who drowned near Gai Island in Krabi (story HERE) was reported as being a member of Brunei’s Royal Family.

Since that report the Royal Thai Police’s deputy spokesman Pol Col Krissana Pattanacharoen clarified that the woman was not member of the royal family of Brunei Darussalam as earlier reported.

There was a Muslim funeral ceremony at Ban Klong Hin Mosque in Krabi for the woman with her family from Brunei in attendance.

Vice Governor, Somkuan Khan-Ngern, and President of Krabi Provincial Islamic Committee, Asnavi Mukura, also attended the ceremony before the transport of her body to Brunei in the evening.

“As a representative of the Krabi community, I would like to express my deepest condolences to the the people of Brunei. During the incident, the people involved tried their best to save her life which I have already explained to the family,” said Asnavi.