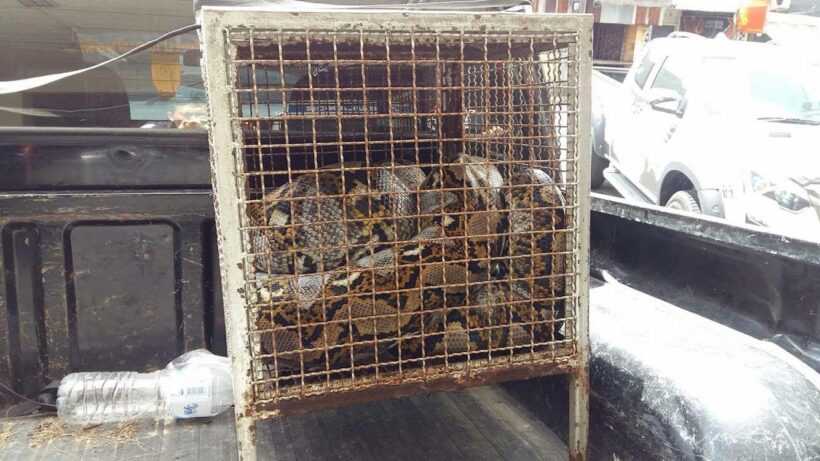 This afternoon (October 23), a sleeping five metre python was found under a sign of the local educational service office, Region 7. The team from Kusoldham weren’t able to put the python in the sack they were provided with as it was too big. They had to use a large cage instead. It took about 10 minutes to capture the very large snake.

“This python is the largest we’ve seen or caught in the past 6 months. It weighs approximately 70 kilograms and we coordinated with the Khao Phra Theao Non-Hunting Area Nature and Wildlife Education Centre to pick it up.

The python has been passed on to Surat Thani officers to release it back into the wild,” said Poonsap Sae-Eung, the head of the capture team from Kulsoldham Foundation.

Genocide in our back-yard

Four injured after a shooting in Phuket Town