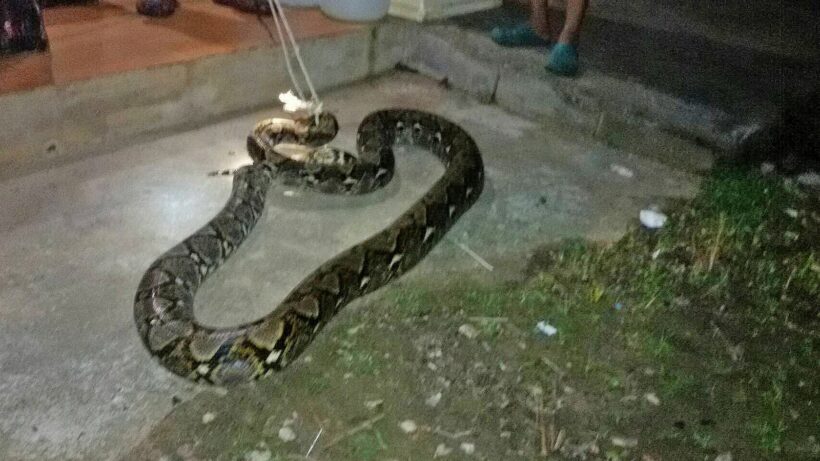 Last night (January 28), the owner of Kiang Tawan goat farm in Krabi, 56 year old Kiang Yaithong, along with his friends, tried to capture a 4 metre and 15 kilogram python that sneaked inside his farm and ate a cat and a few chickens.

They tied it up and dragged it out from the goat cage then left it in front of his house. But the snake managed to flee again as the rope was tied on its tail. It started climbing up on one of the house pillars and it took them about 10 minutes to re-capture it and put it in a sack before releasing it back to the jungle.

“Earlier, there were some chicken missing and lately one cat also went missing. We expected it to be the python. I was watching TV in the house before hearing a goat bleating out loud 100 metres away so I rushed to check. I was shocked by the big python laying on the crossbeam of the roof which is 2 metres above, so I called in the neighbors to help,” said the owner of the goat farm.

“I think the snake came out from the jungle nearby, especially during the rainy days. I believe it’s the same one that ate the chickens and cat.” 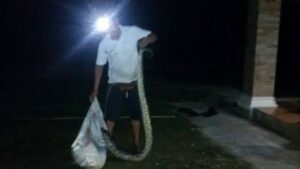 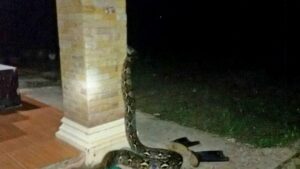