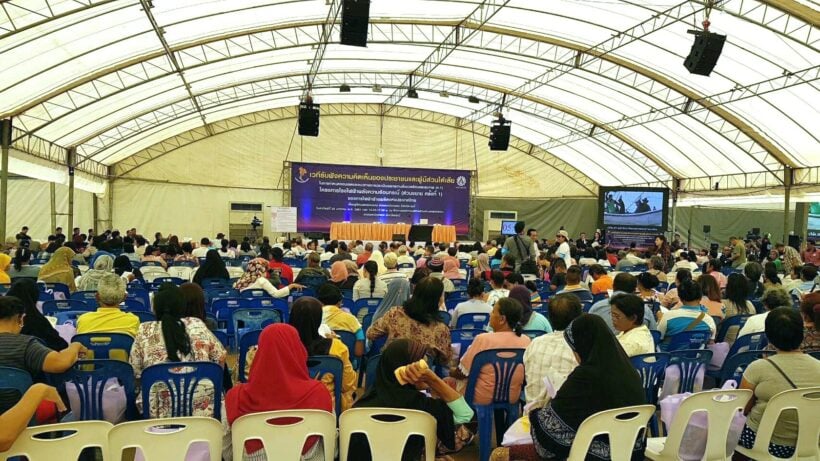 More than 2,500 people attended the public hearing about Krabi’s proposed new coal power plant yesterday (January 28) with 1,150 police and army officers guarding the meeting and watching out for any potential protest activity.

The 1,150 officers were guarding the area of the public hearing stage at Klong Kanan Sub District Administration Organisation office (OrBorTor), both in uniforms and undercover.

“The officers guarded that area to ensure security from possible conflicts between the supporters and the people who disagree with the project, which has happened numerous times,” said Pol Maj Gen Boontawee Toraksa.

At the beginning of the public hearing which is a part of the EHIA (Environmental and Health Impact Assessment), the “Representatives of Krabi People Network” led by Thanit Eng-Chuan, the President of the Sub District Chief and Village Chief Club in Nua Klong district, announced their support for the coal-fired power plant.

“The coal power plant is really what local Krabi people want. We need a sustainable power supply and we don’t want the same incident as in the past when the electricity went off though the whole 14 provinces around the south, which caused a lot of financial loss, especially in the tourism businesses. Electricity is the main factor to ensure the trust among tourists.”

Meanwhile, a representative of the Environment Preservation Club of Pakasai Sub District, Nua Klong District, announced that coal can indeed affect the environment, but downplayed the real impact. 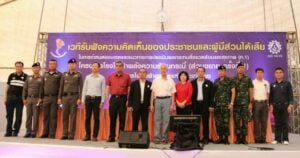 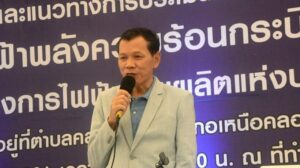 “It has never been fatal and has just a small impact on the environment. What affects nature even more is tourism which destroys the coral reefs widely but has never been raised or discussed. We also find that the people who have been protesting against the project are not Krabi people at all.”

The public hearing was chaired by Krabi Vice Governor, Somkuan Khan-Ngern, with locals from 4 sub districts. The people were asked to express their opinion on paper as well as with a 5 minute speech. The hearing went smoothly with all the protesters against the coal power plant project deciding to boycott the hearing and not attend.

“The reason why we didn’t attend the public hearing is because the EHIA of the power plant project has been thrown out already by the order of the PM. The EGAT (Electricity Generating Authority of Thauland) just insist on bringing it up again and doing a new EHIA. This hearing is not transparent so we do not value it,” said one of the leaders of People Network Protecting Andaman from Charcoal, Amarit Siripornjuthakul. 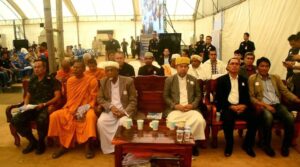