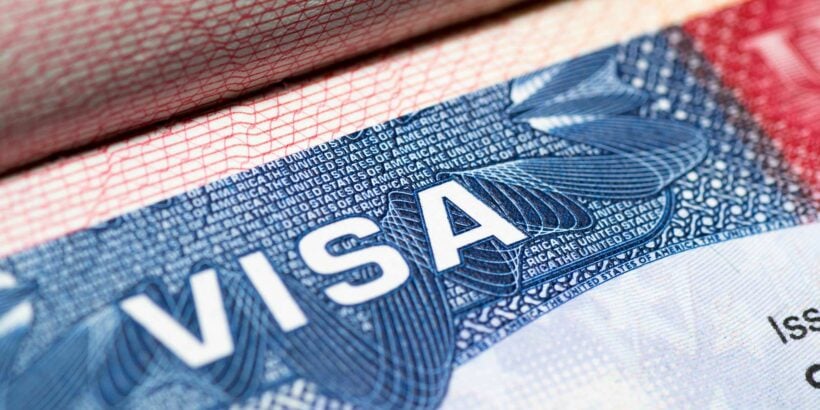 In an effort to revive the tourism industry after a quiet 7 months without foreign tourists, the Ministry of Foreign Affairs says they’ve “relaxed” the criteria for issuing tourist visas and are now allowing foreigners from countries considered a “medium risk” for spreading Covid-19 to apply for a tourist visa.

Thailand will start allowing some foreigners to enter on a 60 day tourist visa which can be extended to a 90 day stay, according to the Tourism Authority of Thailand executive director for tourism products, Thapanee Kitaphaibool.

The Royal Thai Embassy in Washington, DC lists requirements for a single entry tourist visa on its website. First, travellers need money. Applicants need a bank account balance of at least $17,000 USD (500,000 baht) each month for the last 6 months. Applicants also need a medical certificate issued 72 hours before departure and health insurance coverage of at least $100,000 USD. The traveller must still go through a 14 day quarantine upon entering Thailand and must arrange and pay for the alternative state quarantine (ASQ) hotel at their own expense.

Thailand initially launched the new Special Tourist Visa for travellers from countries considered at “low risk” for spreading the coronavirus. The visa allows a 90 day stay that can be renewed twice, adding up to about 9 months. Since target countries like Europe and Scandinavia are categorized as “medium risk” countries, Thai consulates have relaxed regulations for applicants from those countries.

Opening up Thailand back up to tourists has been a slow process. Before the pandemic, the country had millions of tourists entering the country each month. Since travel restrictions eased up, only a few flights of foreigners on the Special Tourist Visa have entered the country. As of November 5, the ministry issued certificates of entry to 1,465 foreigners with most people approved to enter on retirement visas, Special Tourist Visa and privileged entry visas.

Visas and visa requirements vary from country to country. Check, check, check with your local Thai Embassy before booking any flights or making any travel arrangements.

Parliament to debate draft charter amendments over 2 days next week

Closure order in Bangkok set until May 31, restaurants can now offer dine-in services

To control the spread of Covid-19 in Bangkok, where more than 28,000 people have tested positive for the virus in the latest wave of infections, the closure order in the capital has been extended a second time, now set to be in place until May 31.

While many entertainment and recreation businesses and venues are ordered to remain closed, some restrictions have been relaxed. Restaurants can now offer dine-in services, but only until 9pm. Restaurants can still offer takeaway services until 11pm.

Businesses and venues that must remain closed include…

The Thai government has again reiterated its plan to reopen Thailand, specifically Phuket, to foreign tourists and travellers. The southern island province, under the so-called “sandbox” plan, is Thailand’s pilot program for re-opening the country to general travel by July 1… just 6 weeks away.

The government has consistently said that the island’s residents will have to be 70% vaccinated by the start of July before the re-opening can happen. With a current vaccination success of 22%, the island is certainly a long way ahead of the rest of the country but still a long way from its 70% target.

The National News Bureau, the voice of the Thai government, reports that the Tourism and Sports Minister, Phiphat Ratchakitprakarn, is “urging” Phuket officials to achieve the vaccination target next month.

The media release says… “The provincial administration and the private sector have developed plans to prepare for the reopening in all respects, while creating more awareness and understanding with the local people. Thus, the reopening will be safe and help drive the economy forward.”

Far from providing “awareness and understanding with the local people”, Phuket officials have been opaque about vaccination roll out programs. The island’s foreign population, estimated to be around 40,000 people, or about 10% of the total population, are none-the-wiser today about their prospects to secure a place in the island’s vaccination queues.

Last week Phuket residents, with a local and current work permit, were told they would be able to register for vaccination. So far that process has not proceeded.

There is also a hard rump of Thais who have stated in numerous polls, that they remain unwilling to accept a vaccination. This includes thousands of candid posts on social media where fear or mistrust over the Sinovac vaccine from China is plain to see. The island also has a large Muslim population where some community leaders have already expressed some doubt over recommending vaccination to their adherents.

But, even today, the second roll out has begun on the island for Thais who registered on the Mor Prom app since the start of May, so things are progressing. An area has been put aside at the island’s Central Floresta shopping centre for registrants.

The ‘reopening to tourists’ on July 1 isn’t without restrictions. People arriving by air will not be open to “countries where COVID-19 is widespread, or tourists without a vaccination certificate”. That list hasn’t been fully detailed although Thailand has a ban on people arriving from at least 4 countries – India, Pakistan, Bangladesh and Nepal.

“…visitors who travel by air must provide documents to prove that they have received both Covid-19 vaccine doses. They are required to undergo rapid antigen tests, or reverse transcription polymerase chain reaction (RT- PCR) tests, at their place of origin, and to register on www.gophuget.com and the MorChana application.”

The MorChana app tracks the location of an individual whilst their phone is turned on with the data turned on as well.

Without specifically mentioning quarantine in the media release, it is understood that quarantine will be waived for international travellers who have have been fully vaccinated. Other specific paperwork requirements have not been announced at this stage… with 6 weeks to go to the international re-opening.

For domestic traffic, arriving in Phuket by road (as of May 17), “…people who do not have a certificate of vaccination and have not taken a swab test will have to undergo a 14 day quarantine. If they plan to spend only 3 days in Phuket, they are required to stay in home quarantine for the 3 days.” 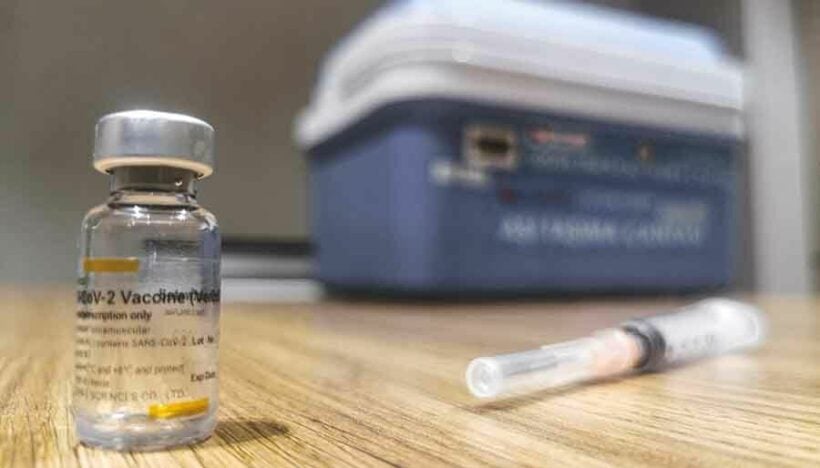 A Health Ministry spokesperson has confirmed that foreigners living in Thailand should be able to register for Covid-19 vaccination by August. Ratchada Thanadirek says the government is working on a dedicated registration platform for foreign nationals living in the Kingdom, which it’s hoped will be ready in 3 months’ time.

Meanwhile, Thai Visa News reports that vaccine registration for Thais has been extended to those aged between 18 and 59 years old, who can now sign up from May 31. Registration had initially been limited to Thai nationals over the age of 60, as well as those with underlying health conditions. However, the third wave of the virus means registration for younger Thais has been brought forward from July.

Thai nationals can register for vaccination through the Mor Prom platform or the Mor Prom Line account. They can also register at government hospitals. According to Ratchada, the vaccines that will be used in the government rollout will primarily be AstraZeneca, manufactured in-country by Siam Bioscience.

However, she points out that there are 3 other vaccines that have been approved by the Thai Food and Drug Administration. They are the Chinese-made Sinovac, the single-dose Johnson & Johnson vaccine, and the vaccine from US manufacturer, Moderna. The latter is expected to be available for purchase at private hospitals, although there has been no confirmation of when supplies might arrive.

Closure order in Bangkok set until May 31, restaurants can now offer dine-in services