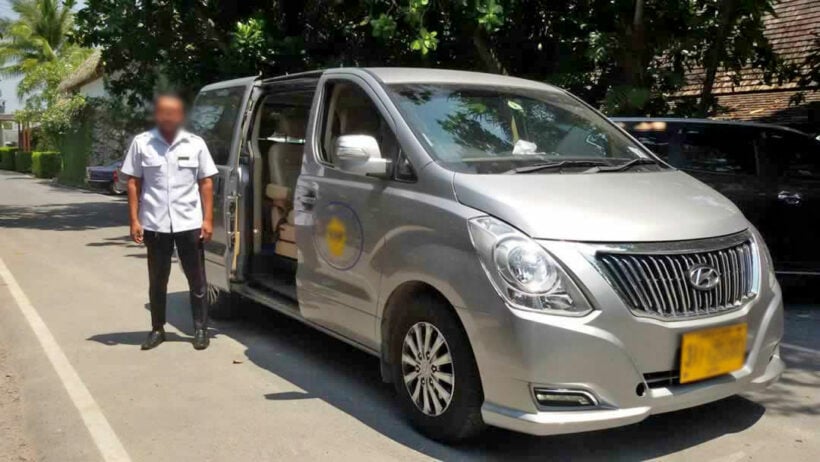 When Australians Kate Chipperfield and Lauren Meinties filed their complaint about a 3,000 baht van fare from Phuket Airport to Kata, they had no idea of the chain of events that would follow.

Even the Thai PM got involved ordering Phuket officials to clamp down on rorts, and taxi and van drivers to stop ripping off tourists.

As the central character in the drama, van driver Phuriphat Chankaew said he never charged them 3,000 baht. It was 2,000 baht and there was a “misunderstanding”. In the end he was fined 2,000 baht by police, but not for any overcharging, instead he was fined for illegally picking up passengers at the airport.

Media were locked out of meetings between police, the van driver and the two Australian tourists.

The airport tout that intercepted the two Australian passengers, Narumon Jumpatong was also fined 2,000 for illegally soliciting customers. He was allowed to roam the areas inside the terminal. How?

President of the Phuket Chamber of Commerce, Thanusak Phungdet spoke out during the week saying that there should be signage clearly available for passengers when they arrive signalling the prices (there already is) and that the prices should be clearly laid out in many languages. He laid the blame at the feet of the Airports of Thailand who manage the airport. 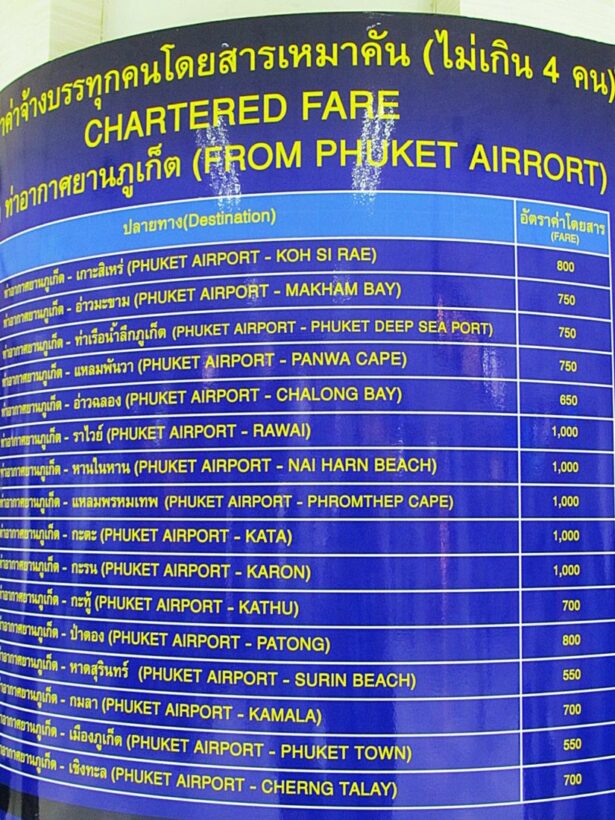 Just one of many signs around the airport arrivals area

Other local tourism industry luminaries have spoken out during the week telling the media that the incident with the two Australian tourists had “reflected badly on Phuket’s tourism image”.

Phuket public transport continues to be out of step with much of the rest of the country where taxis will routinely cost two to three times more than for the same distance travelled in Bangkok and Tuk Tuk prices can reach extortionate levels for short journeys around Patong and between towns on the west coast of the island.

Even Grab Cars in Phuket have had to adjust their fares to match the high fares demanded by the island’s taxi cabals.

Both Suvarnabhumi Airport (BKK) and Don Mueang Airport (DMK) seem to manage much more orderly taxi and public transport systems. In Don Mueang people taking a taxi receive a queue number, have an air-conditioned room with seating to wait, a line of customer service attendants to serve you and an orderly queue of polite, uniformed taxi drivers waiting to take passengers where they want to go.

Users of this excellent service wonder why the same infrastructure can’t be set up in Phuket, given that both Phuket International Airport and Don Mueang are operated by Airports of Thailand.

Scams and over-pricing from airport taxi drivers from Suvarnabhumi and Don Mueang are few, compared to the daily complaints Phuket officials receive about rorts and poor service from Phuket Airport public service providers.