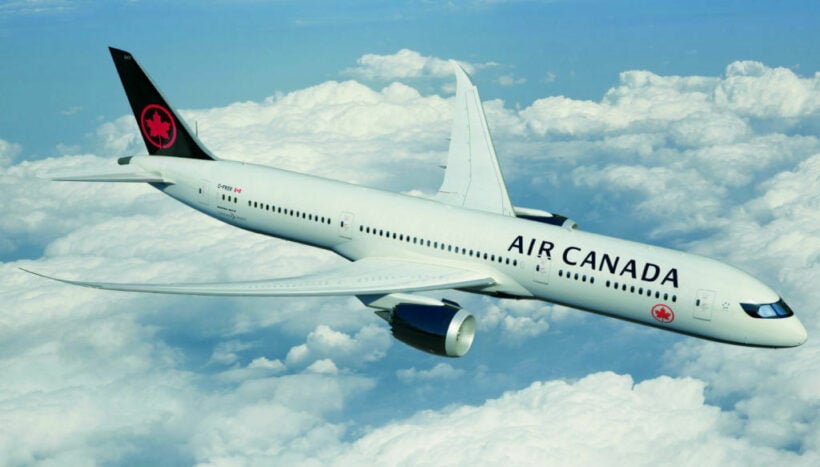 It will also provide a new option for American passengers. Before they would have to transit through Hong Kong, Seoul, Taipei, Tokyo, or, in the other direction, the middle eastern hubs.

Canada’s flag carrier will fly between Vancouver International Airport and Bangkok Suvarnabhumi Airport on Mondays, Wednesdays, Fridays, and Sundays. The flight route is seasonal and will run between December 4, 2022, and April 14, 2023. The Boeing 787-9 Dreamliner features 3 cabins – Signature Class, Premium Economy, and Economy Class.

The westbound flight leaves Vancouver at 11pm and arrives in Bangkok at 5:55am. The eastbound flight will leave Bangkok and 8:30am and arrive in Vancouver at 6:35am, technically going back in time. Both flights are designed to arrive early in the morning to give passengers the maximum choice of same-day connecting flights.

The new route is expected to be a welcome addition for travellers since current services between North America and Thailand require a stop in East Asia, usually at Seoul’s Incheon International Airport or at either of Tokyo’s 2 international airports.

The airline will also launch daily flights from Toronto to Mumbai via London Heathrow Airport, between October 29, 2022, and March 26, 2023. The Toronto – Mumbai route will also be operated on a Boeing 787 Dreamliner with 3 available cabin services. The airline will also increase the number of services to various locations in India, Australia, New Zealand, and Peru this winter.

Tickets are already available to buy on Air Canada’s website, via the Air Canada mobile application, and through travel agents.