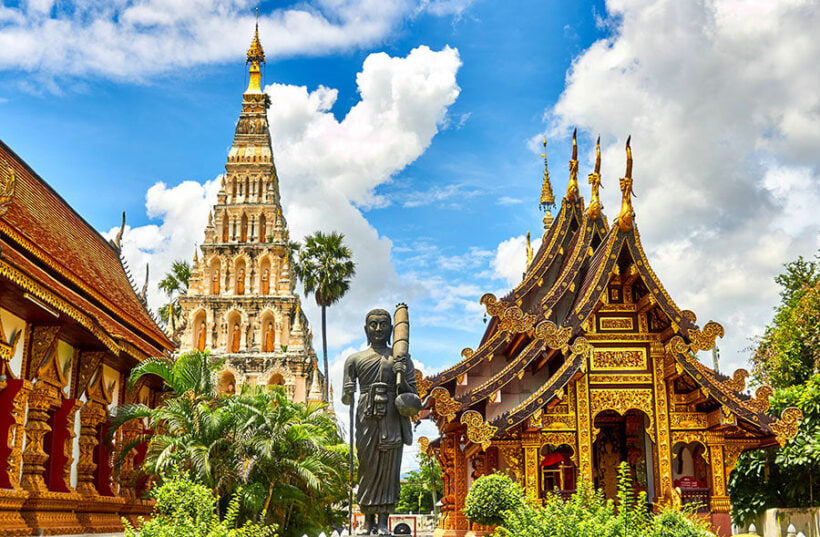 The Thai government is understood to be finalising a plan to open the borders to long-stay visitors escaping the European winter, aka. snowbirds. With borders closed to to most international arrivals, the country’s tourism sector is devastated and in desperate need of a kick-start. Boon Vanasin, from Thonburi Healthcare Group, says officials are considering the introduction of long-stay visas, enabling foreigners to stay in the Kingdom for up to 9 months.

Of course Mr. Boon has a vested interest in prying those borders open as his Thonburi Healthcare Group, in the past hosting foreign medical tourists as a majority of its business, has been very quiet since the closure of the borders last April.

But, as usual, there’s no escaping the mandatory quarantine requirements. All arrivals will still have to spend 14 days in a quarantine facility in Phuket (or other locations if the “Phuket Model” is expanded beyond the southern island) and undergo several Covid-19 tests. Should they wish to travel beyond Phuket, an additional 7 days’ quarantine will be required. If they test negative after 21 days’ quarantine, they are free to travel around Thailand. Government spokeswoman Traisulee Traisoranakul confirmed the “Phuket Model” last week, adding that the finer details are still being worked on and nothing has been confirmed.

But not all Phuketians are behind the “Phuket Model”. Read about that HERE.

For those working in the tourism sector, this re-opening could be a much-needed start. Compared to many other countries, Thailand appears to have successfully contained Covid-19. However, its economy and tourism industry are just as decimated as everywhere else with some locations – like Phuket, Koh Samui and Pattaya – almost totally reliant on the tourist trade. The government keeps saying they remain very wary of opening up to tourists, particularly as places that have already done so, such as Aruba, in the Caribbean, Maldives and Spain, had new spikes in cases after lifting the gates for tourists.

If the latest plan goes ahead however, Thailand will be open for European visitors arriving on dedicated charter flights from places like Germany and Sweden. Many Europeans have long undertaken an annual pilgrimage to the sun, staying in the Kingdom for several months at a time. This year however, they’ll have the added quarantine, testing requirements and paperwork to keep them busy.

The Thonburi Health Group says it plans to partner with hotels to provide both quarantine facilities and long-stay accommodation options. Thai Airways has already announced it will operate a number of direct flights to Phuket from countries such as Germany, Denmark, and the UK. They are planned to start in November but Thai Airways’ woes of restructure and bankruptcy proceedings put a lot of distance between its best intentions and actually getting planes back in the air.

The president of the Phuket Tourist Association, Bhummikitti Ruktaengam, says that while the province does need help, there’s a delicate balance to be struck between re-opening and controlling the virus.

“Phuket’s economy needs foreign demand to bounce back but we also have to balance infection risks and the economy.”

PM Prayut Chan-o-cha agrees, saying the plan to allow foreign visitors to return will be carefully tested first, adding that he understands the need to revive international tourism.

“We have to do something so that the situation doesn’t get worse with businesses closing down and people losing jobs.”