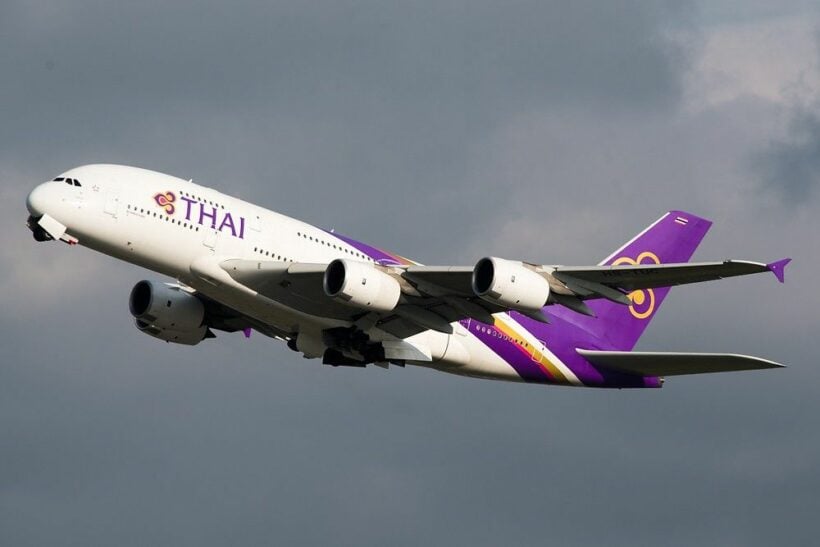 Thai Airways is dusting off its fleet and getting ready to relaunch international travel, with direct flights to Phuket from 6 countries planned to take off in the next few months. It’s all designed to co-incide with the announced “safe & sealed” campaign which the Thai government hope will re-boot tourism for the beleaguered island.

Thai Airways flights have been grounded since the start of April with aircraft only being used for limited charter and repatriation flight. In other words, barely at all.

The charter flights will fly direct from Denmark, Germany, England, South Korea, Japan and Hong Kong to Phuket International Airport.  Thai Airways is set to start the flights by the end of November, although the start of the Safe & Sealed campaign is meant to start on October 1.

Thai Airways says health and safety of both passengers and employees is a top priority and they’ve put coronavirus prevention measures in place. The cabin crew will need to wear protective suits, medical masks and gloves while providing services. The cabin, as well as the cockpits will be sterilised.

They also say social distancing will be applied to “every aspect” of the flight such as seating arrangements and queues for check in. Meals during the flight will be boxed to avoid physical contact, they say. Whether the promised social distancing in the seating arrangements actually transpires is yet to be seen, otherwise the tickets will end up hideously expensive.

The airline says they also teamed up with Royal Orchid Holidays which has alternative state quarantine accommodations prepared for tourists. Members of Royal Orchid Plus can redeem miles for Thai Airways.

A limited number of Phuket hotels have so far been selected to participate in the Safe and Sealed program although new hotels are being added each day. The Thaiger will pubish a full list of registered hotels in coming days.