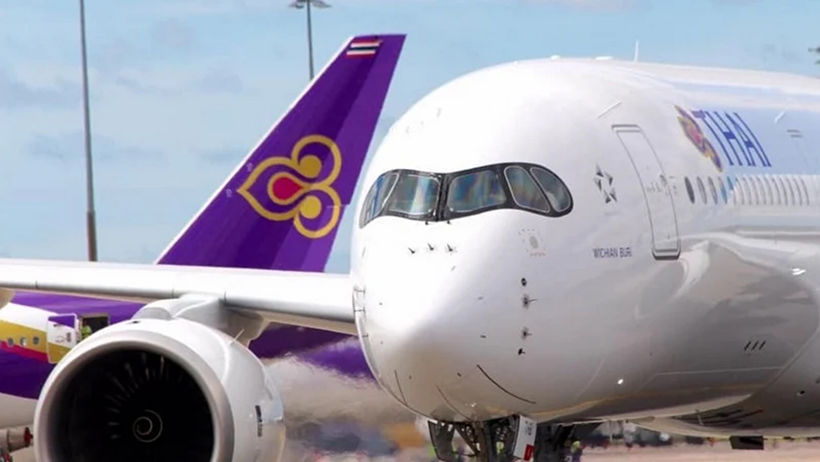 “Thaworn also claims to have evidence of bribes of at least 5%, or about 2.6 billion baht, to politicians, officials and company executives…”

Troubled national flag carrier Thai Airways, which has filed for bankruptcy  protection and business rehabilitation, was “sunk by mismanagement and graft”, according to a court investigation. Thaworn Senneam of the Democrats revealed that the investigation focused on operations between 2017 and 2019.

The airline has consistently lost money in every year but 1 since 2013 and now has debt of 250 billion baht. The Central Bankruptcy Court recently held 3 days of hearings on the company’s rehabilitation plan and is scheduled to rule on the application on September 14.

Thaworn says losses of around 62.8 billion baht began in 2008 after the purchase of several fuel-guzzling passenger jets for long-haul direct flights to the USA (her was referring to the purchase of the Airbus A340 type aircraft).

The bankruptcy panel found the decision to buy 10 Airbus A340-500 and A340-600 jets led to dire consequences. Thaworn said losses were recorded for every single Bangkok-New York flight, from 2005 to 2013, noting that the flights should have been pulled long before the 8 years they were allowed to run.

Thaworn also claims to have evidence of bribes of at least 5%, or about 2.6 billion baht, to politicians, officials and company executives in connection with the purchases. The panel found price differences of as much as 589 million baht in the operating leases for 6 Boeing B787-800 jets and 2 B787-900s.

The minister said the discrepancy stemmed from some 245 million baht in bribes paid by Rolls-Royce, paid through middlemen, to officials and Thai Airways executives for the purchases of engine parts.

Other irregularities include a rise in employee expenses even while the number of employees fell. The panel did not specify the time period reviewed but said overtime pay for pilots and crew rose by 638 million baht, while overtime for repair and maintenance crew rose 530 million baht. Average monthly compensation for employees was 129,134 baht.

Last year, when net losses reached a record 12 billion baht, the overtime for repair and maintenance was 2 billion baht, with some staff recorded as working overtime more than 365 days a year.

In one specific example presented for evidence, an employee claimed 3,354 hours, or 419 days, for 2.9 million baht, against an annual cap of 1,500 hours. His salary was 73,000 baht a month. All told, 567 repair and maintenance employees exceeded the 1,500-hour overtime cap in 2019 alone, costing the airline 603 million baht. The panel says that in 2017, the commercial division also sold tickets at very low prices, benefiting agents who got commission fees and incentives.

Executives of the commercial division transferred colleagues close to them abroad and set sales targets to match the their desired level of incentives. Then, 10% of the incentives were deducted and put into an unregulated slush fund, which commercial managers split among themselves.

Among top executives, the panel found an acting president was paid special cash compensation of 200,000 baht a month. The amount tripled over 9 months in violation of a cabinet resolution and a Finance Ministry prohibition against acting executives at state enterprises accepting more compensation than what they normally get. All told, the panel said, excessive compensation to executives cost the company a staggering 10 billion baht.