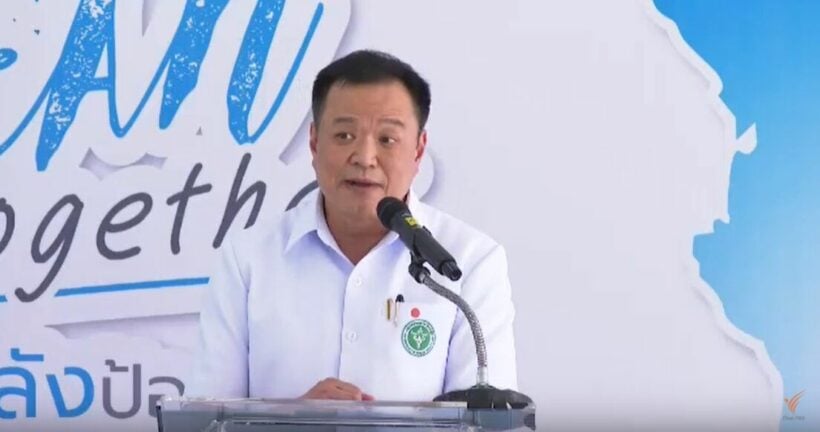 Now Thailand’s Covid vaccine roll out has begun, it is starting to gather speed. The southern resort islands of Phuket and Koh Samui have made requests to the Public Health Ministry for enough doses to vaccinate the majority of the islands’ residents in anticipation of an early return to some semblance of tourism. Both holiday islands have a high reliance on tourist dollars.

Private businesses in Phuket have made a formal request for 900,000 doses of the AstraZeneca vaccine to the Public Health Minister (Phuket has a permanent population of around 400,000 at this time). Yesterday, Thailand’s Public Health Minister Anutin Charnvirakul claimed there would be “sufficient doses in the country and Thailand would have over 1 million doses if it could secure more doses next month”, according to the Bangkok Post. Reacting to Phuket’s private sector request…

“…the request would likely be approved since the government had secured 5 million doses for June and 10 million more each month after that.”

In addition to request for the the AstraZeneca vaccine, the Minister had already allocated doses of the Sinovac vaccine – 100,000 doses for Phuket and 50,000 for Koh Samui.

The Public Health Ministry is speeding up vaccinations in Phuket and Koh Samui to prepare them for the anticipated return of foreign tourists in July.

The Minister also maintained that the Covid situation in Thailand was “under control” despite new clusters breaking out around the markets in Bang Khae, west of the Chao Phraya in Bangkok, and Samut Prakan, south and east of Bangkok.

A Bangkok Airways has been scheduled from Singapore direct to Koh Samui on July 1. The tourists would be quarantined under the Samui Sealed Route Model, according to the Tourism Association on the island. If the proposal goes to plan, Samui would be the first ‘bubble’ in Thailand to re-open to tourists, despite the restrictions that the ‘model’ requires, including 3 Covid tests and having their access to the island restricted for at least the first 7 days.

Despite the hype from Tourism Association of Koh Samui surrounding the Samui Sealed Route Model, it is still requires a quarantine with plenty of restrictions and unlikely to induce a flood of foreign tourists. Bangkok Airways has a monopoly on flights into Koh Samui.

Phuket to present reopening plan this Friday with fingers crossed