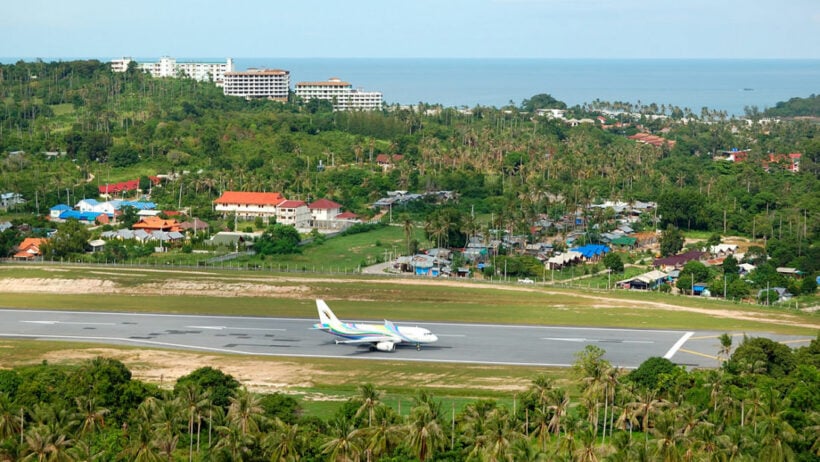 “I’m looking to the sky to save me. Looking for a sign of life”

There is much to be said about the Thailand’s phenomenal rise in tourism over the past decade and that trend has eclipsed the borders of the Kingdom into other Southeast Asian countries like Indonesia, Vietnam and the Philippines.

Fueled by a rising Asian consumer class, low-cost airlines (LCC) carriers have been the catalyst in much of this amazing storyline. Successful growth in rising destinations have prescribed to the adage “you can’t stay there, if you can’t get there.”

Today, looking at the fallout from strong Thai baht, flatlining of Mainland Chinese tourists and the impact of an ongoing trade war, the country’s airlines are undergoing a substantial stress test.

Thai Airways International’s soaring second quarter losses this year were double those of the same period in 2018. There is now wide talk of that the government may have to financially bail-out the airline which is plagued by an aging fleet of aircraft and high-cost structure.

Making news yesterday is the boutique airline Bangkok Airways who posted a loss of 190 million baht in the first half of 2019. Since listing with the SET, the carrier has not ever registered a full year loss.

As Asia starts to reel in anticipation of a possible global recession, the headlines of listed companies connected to tourism and hotels is going to contain a good amount of red ink.

The conundrum that the airline is now facing is choosing a pathway of volume or yield. This of course will resonate highly with hotels who have the same issue in any downturn. Reportedly the ‘cash cow’ route between Bangkok and Koh Samui accounts for nearly half of the top line revenue for Bangkok Airways.

Over the past 12-18 months tourism to Koh Samui has been hit hard by the China slowdown. Looking into the data, the island is able to sustain a good pattern of growth by tapping into the Chinacation trend in recent years, not only through scheduled airlines, but a strong uptick in charter flights to the Mainland.

For now, that’s all history as the airlines gamble on shifting to Mainland destinations like Guangzhou that has fallen afoul of a bigger picture. According to a report in the Bangkok Post the carrier is now promoting prices at 50% lower fares of 4000 baht. While this seems cheap, the low-season Phuket-Bangkok fares are now seen broadly at 1700 to 3000 baht. The question is, can or will Bangkok Airways sustain discounting against low-cost airlines that service other similar resort markets?

The answer, looking at the bigger picture that the airline has a virtual monopoly on its key trading route and operates a private airport, is no. Being a listed vehicle Bangkok Airways is likely to attempt to manage the crisis, but it would make no sense to discount their own bottom line driver.

This will give little comfort to Koh Samui’s hotels whose fortunes are highly leveraged on the airline and without any master plan for development of a new airport, are simply going to have to wait this one out. There is pressure on supply growth though with new properties coming under Hyatt, Holiday Inn, ACCOR and the return of a TCC-owned hotel now branded to Melia’s Sol moniker. Set to return will also be the Grand Centara.

As Asia starts to reel in anticipation of a possible global recession, the headlines of listed companies connected to tourism and hotels is going to contain a good amount of red ink. The symbiotic relationship between airlines and hotels is only growing more intense and both are joined at the hip.

Phuket is not immune from Bangkok Airways’ dilemma, as the carrier has also drilled down the number of flights between the island and Bangkok, which is not a positive. Yet, in the bottle of the skies between legacy carriers and low-cost airlines, Phuket’s access to the latter is a key rallying point.

For Koh Samui, the reality is Bangkok Airways post-Chinacation play is going to play heavily on the short to midtem future and, for now, hotels can only wait and perhaps hum along to the Foo Fighter’s rock epic Learn to Fly, which contains the lyrics…

“I’m looking to the sky to save me. Looking for a sign of life” 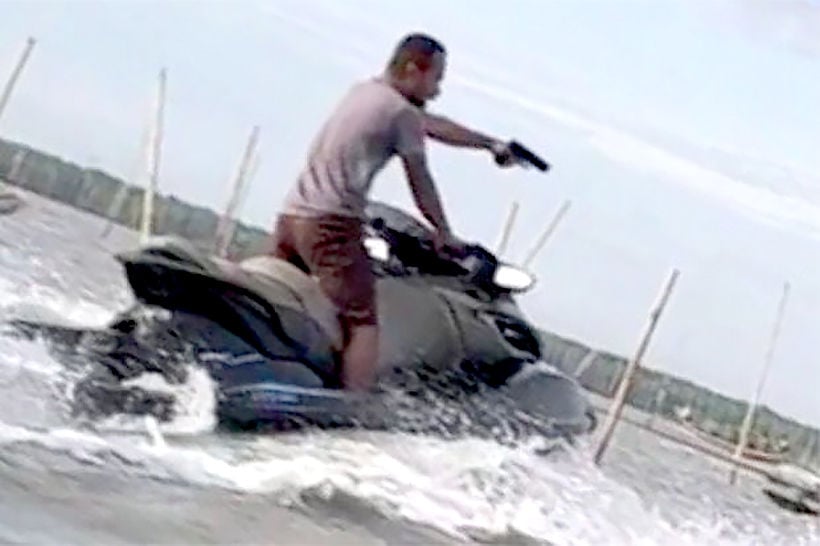 The chief of the Royal Thai Navy says local figures wielding influence are being “neutralised” and the disruptive, sometimes violent dispute between cockle farmers and local small-boat fishermen is drawing to an end. Admiral Ruechai Ruddit says the conflict off the coast of Bandon Bay in the southern province of Surat Thani has eased, after cockle farmers began dismantling the roofed platforms they built to protect their illegal shellfish breeding grounds against raids by local fishermen. He says the various agencies involved are combining their efforts and enforcing relevant laws to tackle the problem. “Progress is being made and the […] 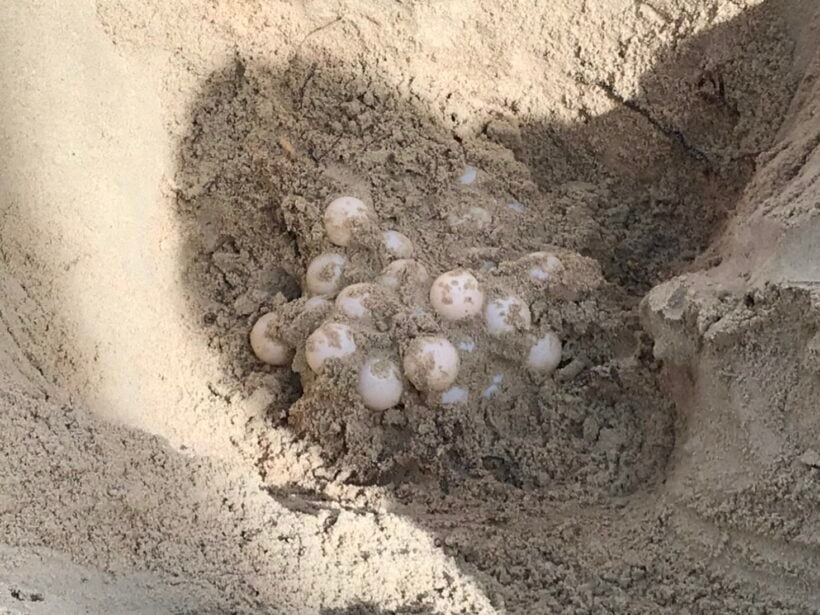 It’s been years since sea turtles have been seen laying eggs on Koh Samui beaches. But this year more than a dozen sea turtle nests have popped up around the island’s coast. Just over the weekend, 70 eggs were found by villagers at Laem So beach by the Ban Sai Ree Hotel. It’s rare for the turtles to come to Koh Samui, and especially busy beaches. Typically green sea turtles (Chelonia mydas) don’t make their way to Koh Samui and are known to lay their eggs on remote shores in the Andaman Sea. 17 nests have been found on the island […] 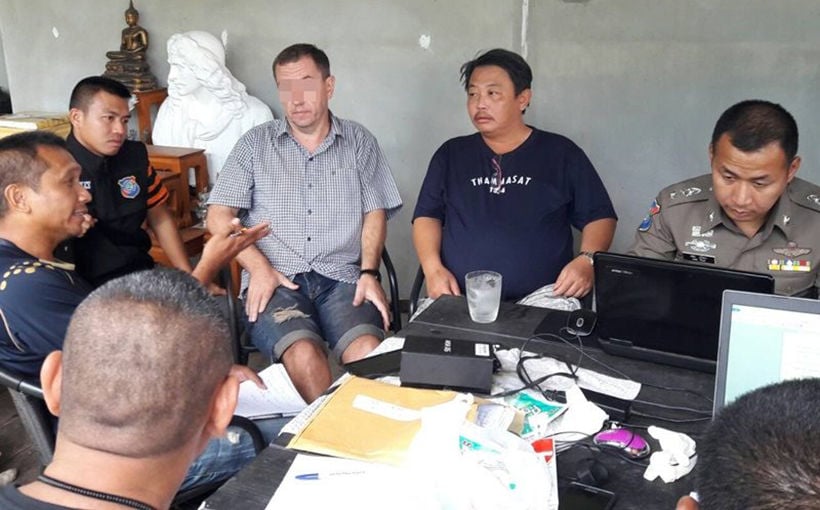 Police in Koh Samui, in the southern province of Surat Thani, have arrested a 35 year old Russian man for allegedly using counterfeit credit cards to buy goods on the resort island. When he was arrested there were 8 fake credit cards found on him. The arrest comes after a bank employee told police of suspected irregularities in the use of credit cards on several occasions. Investigators found that counterfeit cards had been used to buy products on June 14 and 15 at the Banjo Pharmacy on Koh Samui on June 14 and 15. Friday evening, Vadim Valeev was spotted […]