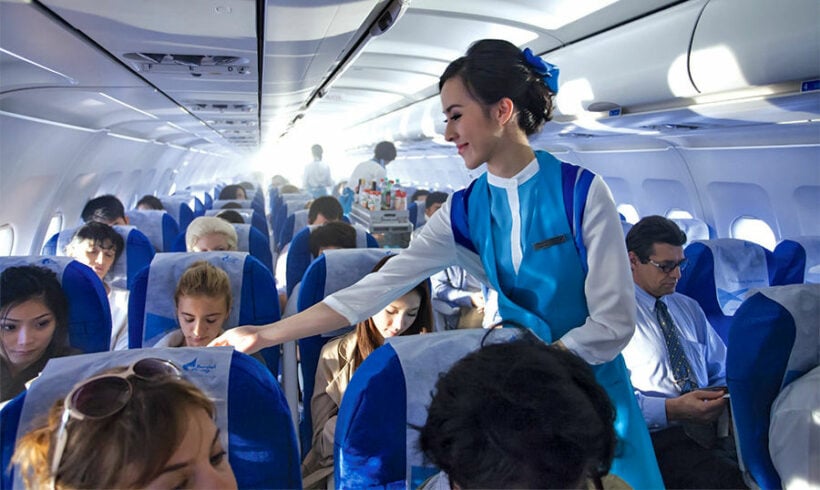 Following the opening of its swanky new passenger lounges at the Phuket Airport last week, Bangkok Airways has just posted a net loss of 190 million baht for the first half of 2019. In posting the figures yesterday the company’s President promised to turn results around in the second half of the year to ensure an annual profit.

The Koh Samui monopoly has provided one of Bangkok Airways’s few reliable positives in the past. But a drop in Chinese passengers to Koh Samui this year has contributed to nearly 5% drop in total passengers to the island.

Revenue from flights into the Gulf island contribute nearly 50% of Bangkok Airways overall income. But a drop in Chinese passengers has forced the airline to cut flights – Samui to Guangzhou has now been scrapped – and cut the frequency of flights from Samui to Chongqing.

Now the airline says it has a plan to tighten its belt to turn around the 6 months of losses. It’s cutting services from Bangkok to Phuket by 7 flights, to 49 per week. And cutting 4 flights from its Bangkok to Chiang Mai roster to 35 per week.

They say they are also shelving new fleet purchases this year as well.

Although they were shopping for new fleet, noting that the newer Boeing 7373 Max, and Airbus 319 and 220 models all offered greater fuel efficiencies (fuel being the biggest cost to airlines), the efficiencies were only applicable for flights beyond 2 hours, whereas BA’s flights averaged only 1.5 hours.

In explaining the balance sheet the President noted that code share arrangements with international airlines contributed 25% of total revenue. BA says they plan to add two more airlines to it code-share list.

Amidst the price cutting and plans to cut services, the President said the company still intends to start a new business – the Bangkok Aviation Training Centre. The airline has set aside a budget of 200-300 million baht for the centre in Sukhothai, central Thailand. The flight training centre intends its first intake of student pilots at the start of 2020. The school is also aiming to attract foreign students in a new profit centre for the airline.

Koh Samui is looking to the skies, an island tethered to an airline