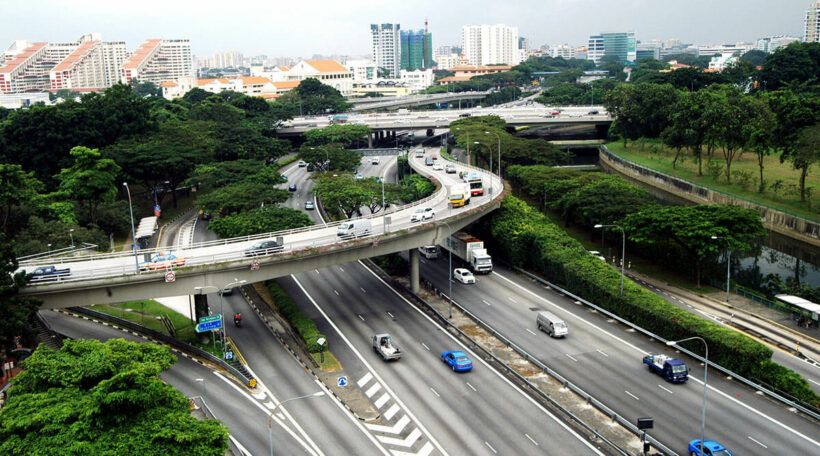 Thailand’s Deputy Interior Minister says road deaths during Songkran have reduced by 20% compared to last year, during the first 4 days between April 11-17 (aka. Seven Deadly Days). The first 4days saw 1,195 road accidents, with 157 deaths, and 1,185 people injured. Last year there were 1,795 road accidents, with 192 people killed, and 1,818 injured, during the same 4 days.

Officials across the country have been ramping up road safety campaigns and protocols during Thailand’s infamous “Seven Deadly Days”. Last week, a police major general said drink drivers caught between April 11-17 would likely be jailed without suspension if convicted.

Phuket police set up 11 checkpoints around the island to catch anyone drunk driving or driving dangerously and to help anyone in need. Phuket Governor Narong Woonsiew’s goal for this year’s Songkran was to have zero casualties during the holiday.

Similar checkpoints are evident right around the country on the major roads carrying the most traffic.

“Motorists should cooperate by avoiding actions that could cause fatal accidents, such as driving while drunk, speeding and ignoring safety gear”.

Out of the 1,195 accidents Thailand saw in the first 4 days, speeding is still the main cause, with motorcyclists playing a major role. The second most common reason for the incidents is drink driving. Since the start of Songkran, Chiang Mai had the highest number of accidents at 44. Nakhon Si Thammarat had the highest combined injuries at 43, and Lampang has had the most deaths at 7.

Thai roads are among the world’s deadliest, with road accidents claiming 32.7 lives for every 100,000 people, or 25,000 per year on average. The vast majority of these fatalities are young men, under 25, who had been either drinking or speeding, or both.

HolyCowCm
51 minutes ago, AdvocatusDiaboli said: Less people died at the scene of the crash …… but as the Thai way, they don’t report how many died when they make it to hospital. Also there figures always conflict between government and…
Giltee
Thai roads are among the world’s deadliest, with road accidents claiming 32.7 lives for every 100,000 people Is it any wonder when parents allow children to ride motorcycles on the road and many so motorists have no drivers licence?

Soidog
13 minutes ago, Giltee said: many so motorists have no drivers licence? Even the ones that do have a license drive like maniacs. The whole Thai driving system is 100% flawed. They have no perception of risk or danger. There…

Thaidup
None of those crazy drunk tourists?🙂

Soidog
3 minutes ago, Thaidup said: None of those crazy drunk tourists?🙂 The tourists are 100% to blame for everything. They are the ones who cause all the road deaths. They are also responsible for all the Covid cases in the…