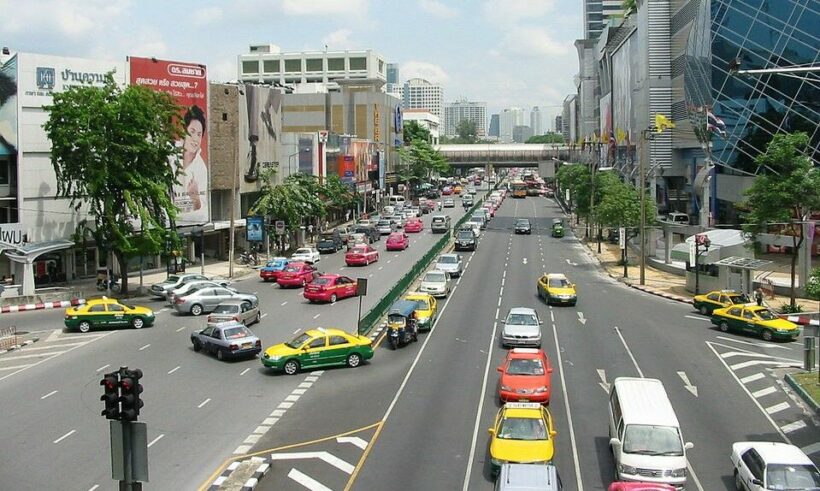 Authorities in Thailand are vowing to get serious about drunk driving during Songkran. Drunk drivers caught between Monday and Sunday next week, during the time of the holiday, are more likely be jailed without suspension if convicted. A police major general said yesterday that police recently discussed measures to discourage drunk driving with officials.

The major general said police and officials agreed that courts should not suspend jail terms for drunk drivers. This news comes after Phuket Governor Narong has started planning this year’s Seven Days of Danger road safety campaign. Last year, the campaign focused on ending drunk driving and inspecting “risk points” where accidents had happened. Narong’s goal for Songkran this year is to have zero casualties.

Across Thailand last year, 277 people were killed, and 2,357 were injured in almost 2,400 road accidents. Drunk driving was involved in more than one third of the accidents. Ever since a motorcycle hit and killed an eye doctor at a zebra crossing in Bangkok in January, a public debate has emerged on Thailand’s problems with pedestrian safety.

Meanwhile, the Thai Red Cross Society urges the public to donate blood during the holiday period, when road accidents are expected to surge. The director of the National Blood Centre said the centre has been running low on blood reserves since January, and they need blood for use during the holidays.

The major general said the new measures discussed between police and officials recently include the court’s discretion when handing out suspended jail terms to those convicted of drunk driving.

WilliamG
1 minute ago, Grant said: You obviously don’t get out much? Go and drive a car out of The city and see what these crazy people are doing! The afternoon especially after they drink and drive! No, I do not…
Grant
4 minutes ago, WilliamG said: No, I do not get out of my 'safe' environment too much. Sorry if you disagree with the stats. The young Moto riders are probably pushed off the roads by the pickup trucks and we…

Soidog
30 minutes ago, Grant said: They think a bunch of flowers they buy and hang on their mirror saves them from dying or injury and accidents??!😹 Most Thais think what we call a rear view mirror is a convenient hook…

WilliamG
7 minutes ago, Grant said: The young Moto riders are probably pushed off the roads by the pickup trucks and we don’t see why they died? No, they were probably PISSED and lost control. I drive a pick-up and have…

WilliamG
25 minutes ago, Grant said: The young Moto riders are probably pushed off the roads by the pickup trucks and we don’t see why they died? What a silly statement. Most motorbike accidents are pissed up riders going off the…

Songkran, and traffic, are in the air as Bangkok dwellers head ‘upcountry’