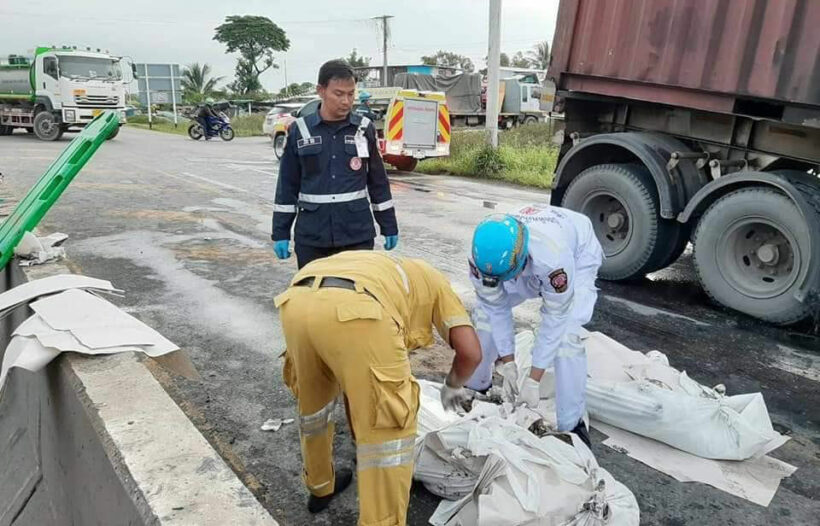 Two trailer trucks have collided in Pathum Thani, to the north of Bangkok, killing two people and around 1,000 chickens.

The driver and a female passenger were heard screaming for help as their vehicle burst into flames. The chicken were being transported in the back of the truck.

Police were alerted at 3.10am about the incident on the Thanya Buri-Wang Noi road at an intersection in Moo 5 village of the Klong Luang district. Fire fighters took about an hour to contain the blaze. The charred bodies of the driver and his female passenger were found in the cabin of the truck.

The Nation reports that the trailer truck smashed into the back of another truck that had stopped at a red light.

25 year old Siripong Malimart, the driver of the 10 wheel truck waiting at the traffic lights, told police that he was also carrying chickens from Chaiyaphum to Chon Buri’s Si Racha district and had stopped at the red light when the other truck slammed into his truck.

According to The Nation, he said he turned the emergency lights on and stepped on the brake now and then so that vehicles behind him could see the brake lights. He said he did not understand why the trailer truck hit the rear of his truck apparently at full speed.

Police suspect that the trailer truck driver dozed off at the wheel.