The Phuket Marine Biological Center (PMBC) revealed on Thursday that Yamil, the dugong being cared for in Phuket after being found stranded on a Krabi beach, has died. It was brought to Vachira Hospital at 5.00pm for a planned endoscopy to remove a large amount of seagrass stuck in its stomach. 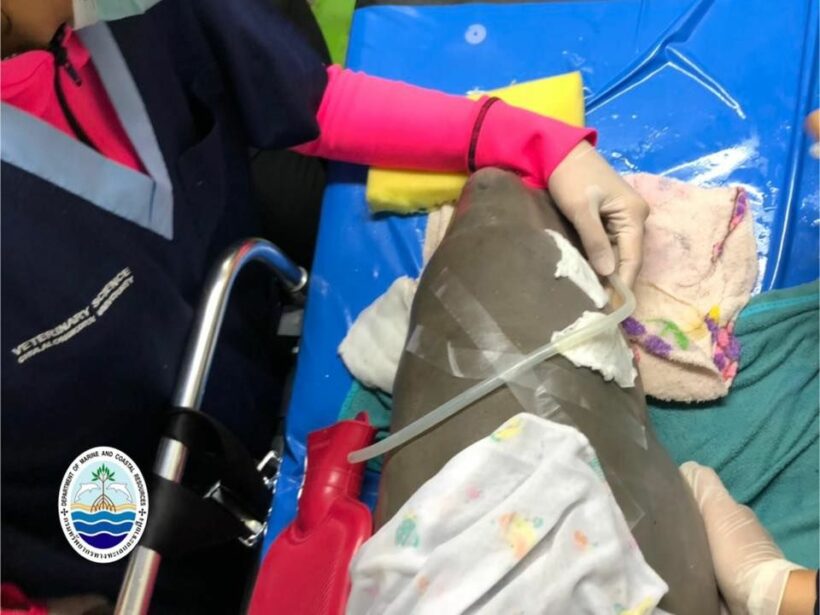 The medical team used water to break apart the seagrass and managed to suck out 30% of it in a procedure that took about an hour and a half. Yamil was then transferred back to the rehabilitation pond at the PMBC. The dugong’s heart rate was quite low, so the team continued to monitor it closely.

Later that evening, a CT scan showed an infection in the dugong’s lungs. Yamil went in to shock and its heart stopped beating. Despite carrying out CPR, the medical team was unable to bring the baby dugong back. Yamil was pronounced dead at 9.43pm. 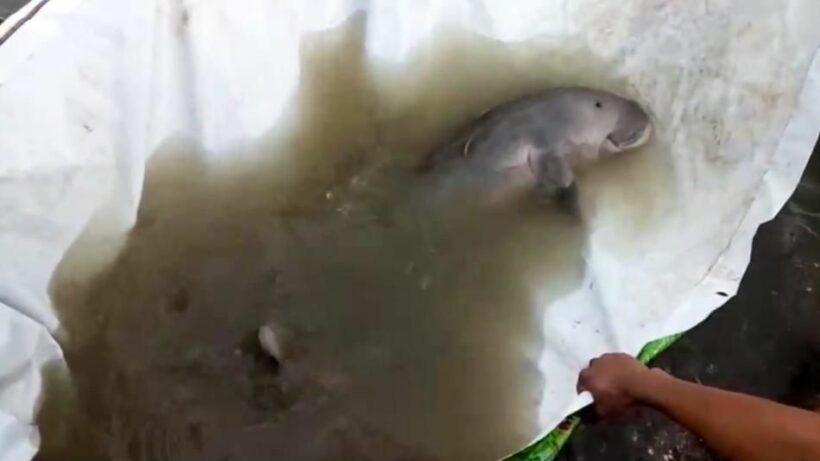 The Department of Marine and Coastal Resources (DMCR) thanked the public for the outpouring of love and concern shown to the dugong, as well as acknowledging the efforts of the vets and volunteers from the Libong Island community and various department officials.

The DMCR has stated that they would like to apologise to all Thais for being unable to save Yamil’s life, following the recent death of another dugong, Mariam.

“Even though both dugongs have gone, they have raised awareness of the importance of ocean preservation. We promise you that we, together with all Thais, will do our best to take better care of our marine and coastal resources.”

SOURCE: The Department of Marine and Coastal Resources

Biologist calls on Thailand to list all sharks as endangered