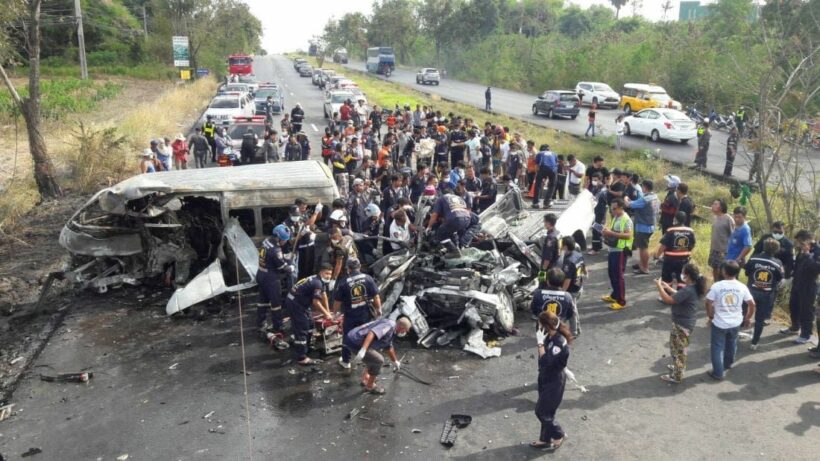 The Thai government is reporting that deaths on Thailand’s roads are getting worse despite efforts to fix the issue.

The secretary of the National Health Security Office gave horrifying statistics for victims of road accidents, but it’s widely believed that these are only a fraction of the actual numbers of those killed, maimed and injured on the Thailand’s roads.

Thailand is one of the worst in the world for fatal road incidents and the World Health Organisation says it is one of the kingdom’s biggest problems.

The secretary of the National Health Security Office, Dr. Sakchai Kanchanawatana, has presented damning statistics for victims of road accidents that accessed funds from the government’s social security scheme. He presented statistics for in-patient care using state insurance for 2015 to 2018.

These audited figures indicate the trend of a rising road death toll.

In the same period, the number of pedestrians injured was 10,672, with 916 killed. Senior pedestrians were the highest fatality bracket, with the figure dropping for younger citizens. Of the dead and injured, most involved motorcyclists.

Nakri weakens to a storm as it heads into Laos