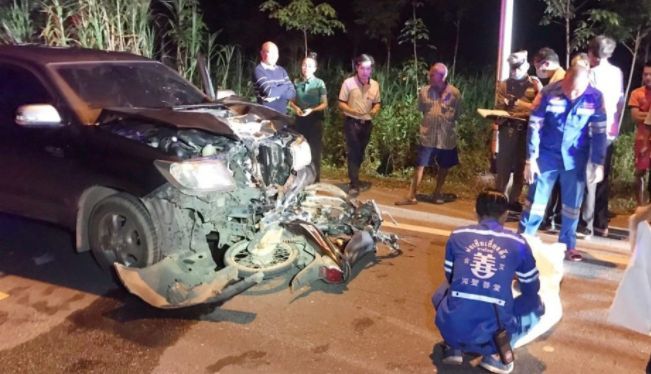 67 people were killed in road accidents during the long holiday weekend while another 388 people were injured, according to the Transport Ministry. Most of the fatalities were motorcycle riders.

Thursday and Friday were public holidays for Constitution Day and Father’s Day which commemorates King Bhumibol Adulyadej’s birthday. Many people were off work and travelled. The ministry estimates more than 14 million vehicles travelled in and out of Bangkok over the 4-day weekend.

The ministry says 401 road incidents were reported during the holiday weekend. The most common cause for accidents was speeding while the most fatalities were motorcycle riders. Out of the 128 road incidents involving motorcycles, 41 people died and 126 people were injured.

Covid-19 cases could lead to a drop in revenue for New Years, economist says

Thai man could get $4.2 million USD for whale vomit known as “floating gold”