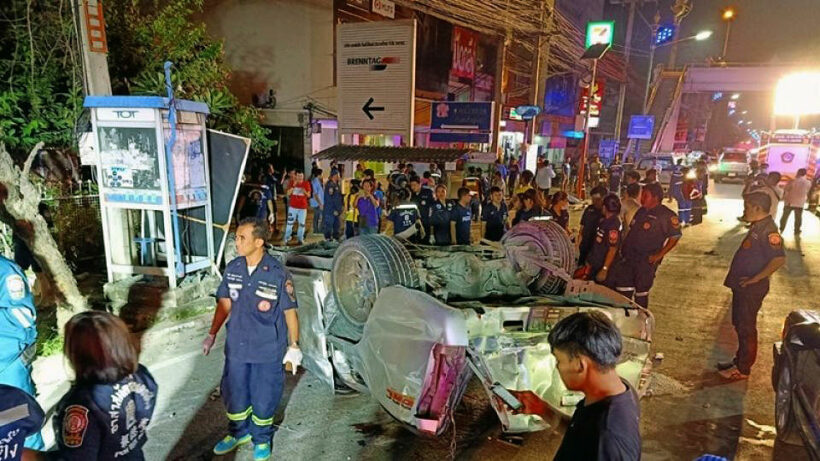 A taxi driver from Si Sa Ket has told Thai media that shortly before 1am he saw the pick-up travel out of a Soi “at high speed” onto King Kaew road. It headed onto the main road when suddenly it skidded onto the sidewalk and rammed into two roadside power poles and overturned.

Twelve students, traveling in the rear of a pick-up, have been thrown onto the road by the violent impact of a collision and killed instantly. Five other students, sitting inside the vehicle, plus the driver, were seriously injured. The bodies of the 12 students were scattered all over the road.

The six injured were rushed to Chularat 9 Hospital near Suvarnabhumi Airport but, of the six, five succumbed to their serious injuries at the hospital, bringing the death toll to 17.

An initial investigation reveals that all of the 17 passengers who died were students of the Si Sa Ket Technical College. They were heading back following job training at a garage called Patara Body Service.

Yesterday, the last day of the job training, a dinner was held at the garage to celebrate the end of their training. The celebration went on until late. The reportedly drunk students then attended a ‘mor lam’, a northeastern-stye entertainment show. After the end of the show, they left on the pick-up along the main King Kaew road, where the incident happened.

Police were examining the footage of all security cameras in the area. They plant to interview the driver, who was seriously injured, after he recovers, to establish the cause of the accident. 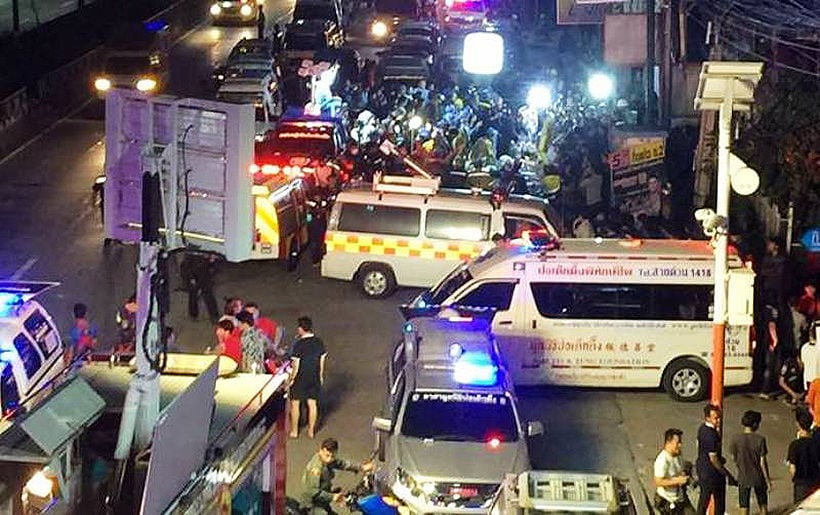 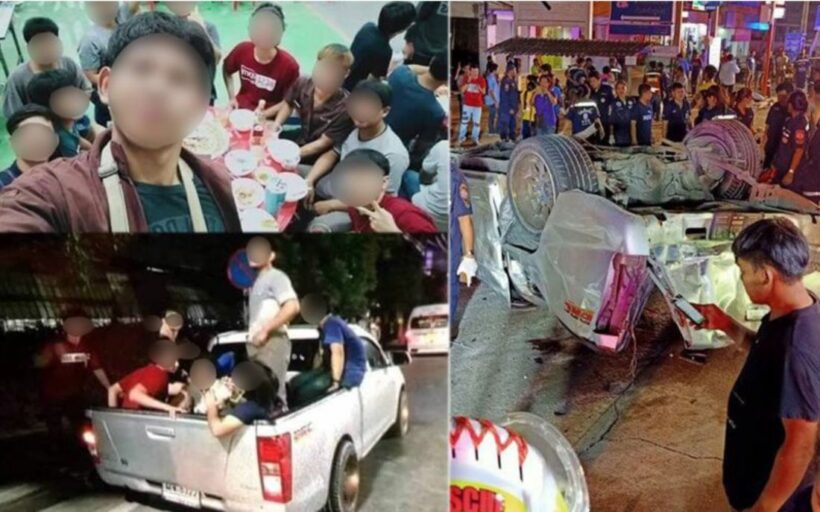